All the latest injury updates as teams return to league action 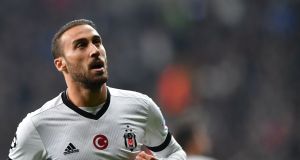 Chelsea (3) v Leicester (8)
Chelsea captain Gary Cahill was rested for the midweek Carabao Cup semi-final first-leg against Arsenal and could return in defence. Ross Barkley is expected to be fit to make his debut following a hamstring injury in the Blues’ FA Cup third-round replay with Norwich next Wednesday.

Jamie Vardy is fit again after missing Leicester’s FA Cup trip to his former club Fleetwood. The striker will travel on Saturday after recovering from a groin injury but Wes Morgan and Danny Simpson (both hamstring) and Robert Huth (ankle) are out. Christian Fuchs (illness) and Vicente Iborra (hamstring) are fit.

Georges-Kevin Nkoudou could go straight into the Burnley line-up after signing on loan from Tottenham until the end of the season. Scott Arfield remains a doubt with a minor hamstring strain, while the game will also come too soon for defender Stephen Ward (knee) and Chris Wood (leg).

Michail Antonio is still missing from the West Ham squad as the winger’s groin problem is taking longer than expected to clear up. Defender Winston Reid and striker Andy Carroll are doubts but James Collins, Aaron Cresswell, Marko Arnautovic and Manuel Lanzini have shaken off knocks to return to the squad.

Newcastle (13) v Swansea (20), Live Sky Sports Premier League (Ireland only)
Goalkeeper Rob Elliot could return to the Newcastle team after shaking off a thigh injury. Chancel Mbemba (knee) could also be included in the squad but the Magpies will still be without striker Aleksandar Mitrovic (back), who is closing in on a return, and defenders Florian Lejeune (foot) and Jesus Gamez (ankle).

Swansea have doubts over Tammy Abraham (hip) and Renato Sanches (hamstring) but midfielders Ki Sung-yueng and Leon Britton have rejoined the squad after calf injuries. Connor Roberts could make his Premier League debut, with Kyle Naughton completing a three-game ban and Angel Rangel sidelined by a calf strain.

Watford (10) v Southampton (17)
Kiko Femenia, Will Hughes (both hamstring), Younes Kaboul (foot), Miguel Britos (ankle), Craig Cathcart, Nathaniel Chalobah and Isaac Success (all knee) remain sidelined and Watford boss Marco Silva has said he does not know when any of the injured players will return.

West Brom (19) v Brighton (12)
James Morrison (Achilles) and Nacer Chadli (hip) are out for West Brom for at least another month. Jonny Evans (foot), Craig Dawson (fatigue) and winger Matt Phillips (hamstring) are fit after sitting out the 2-0 FA Cup win at Exeter.

Izzy Brown will be absent for Brighton after he was ruled out for the rest of the season with cruciate knee ligament damage. Midfielder Steve Sidwell, who has not featured so far this season because of a back problem, has suffered a further setback by picking up an ankle complaint in training.

Tottenham (5) v Everton (9), Live BT Sport 1, 5.30pm
Tottenham will be without midfielder Harry Winks after he had an injection on his troublesome ankle on Monday. Toby Alderweireld and Danny Rose are also out as they continue to recover from hamstring and knee injuries respectively.

New Everton signing Cenk Tosun, who joined a week ago from Besiktas, is set for his debut but defender Michael Keane is still sidelined due to a gash to his foot. Midfielder Idrissa Gana Gueye (hamstring) is also out.

Jack Wilshere could feature for Arsenal despite limping off at Chelsea on Wednesday with an ankle issue. Aaron Ramsey (hamstring) is back in the squad but Mesut Özil (knee) was rated as only “50-50”. Nacho Monreal (ankle), Laurent Koscielny (Achilles) and Olivier Giroud (hamstring) are still sidelined.

Liverpool (4) v Manchester City (1), 4.0, Live Sky Sports Main Event & Premier League
Liverpool top scorer Mohamed Salah has recovered from a groin injury and will be available. Daniel Sturridge is back in training after a muscle problem which has sidelined him for a month but is not in contention. Jordan Henderson (hamstring) and Alberto Moreno (ankle) are still recovering from their injuries.

Vincent Kompany will likely remain sidelined for Manchester City with the skipper yet to feature in 2018 due to a calf problem. Gabriel Jesus (knee) went to Barcelona for his injury this week and boss Pep Guardiola, who remains without Benjamin Mendy (knee) and Phil Foden (ankle), anticipates having his striker back training in two-to-three weeks.

Manchester United (2) v Stoke (18), 8pm – Live Sky Sports Main Event & Premier League
Antonio Valencia could return for Manchester United after a month out with a hamstring injury. The converted right back trained with Jose Mourinho’s team in Dubai this week along with Michael Carrick, who has not played since September having undergone a procedure to treat an irregular heart rhythm. Ashley Young still has one match left to serve on his suspension while Eric Bailly (ankle) and Zlatan Ibrahimovic (knee) are missing once again.

Stoke could have Erik Pieters (hamstring) and Bruno Martins Indi (groin) available after the Dutch pair returned to training this week. It was hoped skipper and fellow defender Ryan Shawcross, recently sidelined by a calf problem, would also be involved in training ahead of the game. There may be a debut for right-back Moritz Bauer after his switch from Rubin Kazan.

1 Welcome to Iten in Kenya – home of champions and cheats
2 Saracens to accept second 35-point deduction and effective relegation
3 Sonia O’Sullivan: How did Melbourne become the world’s most polluted city?
4 How do Klopp’s Liverpool measure up against greats of past?
5 Johann van Graan makes two changes for Munster’s last stand
Real news has value SUBSCRIBE