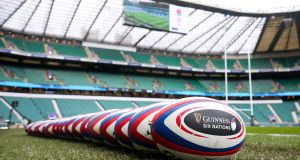 World Rugby will produce a range of options by the end of April, both in terms of financial assistance and providing a variety of different dates for re-arranged games and tournaments in 2020, in a bid to salvage something from the wreckage caused by the coronavirus pandemic if it is at all possible.

The game’s governing body conducted the latest in its ongoing series of conference calls with stakeholders on Monday evening, including the chief executives of the Six Nations and Sanzar countries, organisers of the Rugby Championship, as well as the workshop which has been set up to come up with the range of contingency plans.

The 2020 Six Nations has four postponed games outstanding and the 12-game Rugby Championship is scheduled to take place in an eight-week window during August and September. Completing those competitions is paramount. Next on the list of priorities for World Rugby and its Tier One and Two members are the July and November Tests.

For example, on the presumption that the July tours are called off (and those decisions will now most likely be made before the end of April) World Rugby’s workshop would then put forward alternative dates.

In the case, say, of Ireland’s tour to Australia (incorporating Tests on July 4th and 11th) being called off, Rugby Australia would be offered alternative windows for those two Tests which would not impact on the Rugby Championship. If the July tours ultimately cannot be arranged, another scenario being looked at is a redistribution of the revenue generated by the November Tests to help compensate those who miss out on the revenue from the summer tests.

Aside from USA Rugby, which will be given a “financial support package” after pleading bankruptcy due to issues which are unrelated to the coronavirus pandemic, Rugby Australia has the most pressing monetary problems of the game’s Tier One countries.

Previous conference calls instigated by World Rugby were to assess the financial wellbeing or otherwise of its member unions and federations. But whereas the International Olympic Committee is estimated to be €1 billion in the black, World Rugby is reckoned to have around €180 million in reserve.

According to a World Rugby spokesperson, this process “includes a detailed and collaborative financial assessment of the global impact to help inform a potential short-term relief approach for those in greatest need at this extraordinary time.

“Alongside this, we are collaborating with all stakeholders to determine a package of potential competition calendar options that supports the international and club game by optimising revenue opportunity when it is safe to return to the field, whilst promoting important player welfare considerations.”

Indeed, the International Rugby Players Association has been part of previous conference calls, and World Rugby are overseeing a period of co-operation and communication between all its stakeholders the like of which has never been seen before.

A global calendar has never seemed more desirable, and necessity being the mother of invention, it may now come to pass that bit sooner.

But so many stakeholders are pulling in different directions – one only has to think of the long-standing divide between the RFU and Premiership Rugby – that if World Rugby really can come up with a set of contingency plans, both financial and in calendar options, agreeable to all it would arguably be its finest achievements to date.