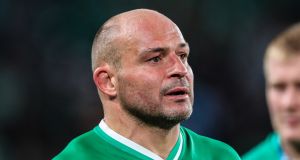 At the end of Virgin Media’s rugby coverage on Saturday anchor Joe Molloy brought the conversation around to Rory Best’s criticism of Joe Schmidt’s micro management methods, and how they contributed to Ireland’s disastrous 2019.

“Treachery is a strong word,” said Molloy having read out some of Best’s comments. “Captain of the team to turn around and do that to the coach – should that be done internally?”

Inaccurate. Best’s words were published in full online by The Irish Times. The retired captain was heavily critical of himself as much as he was of Schmidt. The leadership group’s inability to control their own fate sounded awfully like what happened during the failed 2007 and 2011 World Cup campaigns.

We know this because several members of those squads monetised pointed criticism of head coaches Eddie O’Sullivan (mainly Geordan Murphy’s book) and Declan Kidney (mainly Brian O’Driscoll’s book), yet Horgan added: “I think there is a real feeling that Rory is trying to distance himself massively from something he was intrinsically linked with and part of.”

Inaccurate. Best made an impressive attempt to reveal what players still under IRFU contract do not have the freedom to say.

Matt Williams now sees Schmidt as “the soft target” and seemed to have only read a selection of Best quotes when noting: “If you are the captain and you have those feelings you go and tell your coach and your coach listens.”

Williams was not done: “It’s heart breaking stuff for Joe. [Best]should take an example from these boys in 2007 [nodding at Horgan]. When your World Cup didn’t go well they didn’t come up and point their finger at Eddie. They took it as a collective.”

Inaccurate. O’Sullivan was blamed for ’07 to a far greater degree than Schmidt is being blamed for 2019. Also, Best was the Ireland hooker at both tournaments. Maybe he had stayed quiet for long enough. Such honest reflection should be applauded not derided by Horgan and Williams, who really should know better.

“Too much detail and too much tension too early. If I’d known it was happening, I’d have stood up and said, ‘Look, I don’t think we need this.’ Joe’s the best coach I’ve ever worked with bar nobody, but just trust that it’s there.” - Rory Best Ireland captain (2016-19)

The David Nucifora review of Ireland’s World Cup campaign is as unacceptable as the unseen 2015 version. Or at least it should be. If anyone cared enough. That’s what is so strange. People don’t seem to want a deeper understanding of root causes about why 2019 went so badly wrong.

The ‘we are who we are’ mentality gives the IRFU a free pass to make the same mistakes all over again come 2023.

What are the 50 recommendations from players and staff?

Release them – or at least some of them – so the next generation of players can be forewarned.

What is the IRFU priority now, to distance themselves from Shizuoka or ensure the careers of Garry Ringrose and James Ryan don’t end the same way as Brian O’Driscoll and Paul O’Connell?

A lot of blame has been laid at the door of head coach Joe Schmidt and sports psychologist Enda McNulty but Nucifora’s refusal to provide more detail should be challenged.

You cannot interview yourself.

The independent consultant is understood to be Brian MacNeice, a founding director of Genesis Ireland, who is also a rugby referee.

“The process is similar to what we applied in 2015,” said Nucifora. “We did a series of surveys prior to departure to Japan where we had the players and coaching staff surveyed around what they thought of the productivity of that period around that time, which is really valuable because surveys and reviews not tainted by results tend to be pretty valuable because they are done without emotion.”

Rory Best, the retired Ireland captain, has since revealed that the players see this as a lost period of time: “We (the players) talk about how we nearly wasted those (summer) training camps before that (Portugal) week. It was seen as get the feet up to recover.”

Saracens have gone a long way to ruining the 2020 Champions Cup. No matter what happens this season an asterix will be required to explain why the defending champions were unable to field a host of their leading internationals.

Mark McCall’s team announcement last Friday lunch time was a damaging blow to European rugby. No Owen Farrell, only one of three Vunipolas, no George Kruis or new signing Elliot Daly nor Welsh star Liam Williams to light up the back field, or Springbok hero Vincent Koch to dominate the scrums. No hope in Thomond Park. Now, the weather and Munster’s own issues did see them escape with a bonus point, and maybe that will motivate Saracens to seek qualification to the quarter-finals but the above all else McCall must claw back the 35-point penalty, imposed for breaking the salary cap rules, to ensure the best English club squad ever assembled avoid relegation.

McCall’s line-up this weekend will confirm whether they are taking the northern hemisphere’s main rugby tournament seriously. The whole affair will hurt rugby’s reputation forever more and the knock on effect is for Saracens to reduce European games to a secondary priority. That’s just their reality. Could make you question the entire value system of the modern game.