Plantation plan to save ‘doomed majorities’

Angling Notes: Fry could be moved to non-productive sections of the same river where suitable habitat is present, in order to boost native wild salmon populations 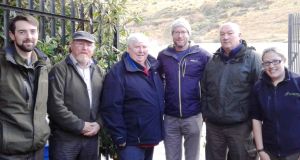 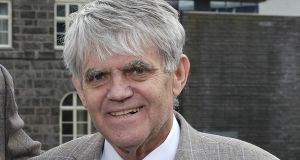 The late Orri Vigfusson, whose pioneering work on behalf of Atlantic salmon will be remembered at an event in London

On a recent visit to Ireland, Dr Kyle Young, a research associate from the University of Zurich, gave a presentation on his novel approach to enhance wild Atlantic salmon production in river systems. His idea proposes the translocation of wild fry from abundant- to low-productivity areas within a catchment.

According to Dr Young, natural survival bottlenecks are experienced by Atlantic salmon through each stage of their life-cycle, from egg to fry, fry to parr, parr to smolt and so on. Under natural conditions, the majority of wild salmon fry do not survive to become parr.

These so called “doomed majorities” can be present in sections of rivers with an abundance of salmon fry whose population size is constrained by the carrying capacity of the habitat.

Such fry could be moved to non-productive sections of the same river where suitable habitat is present, in an effort to boost production of native wild salmon populations, Dr Young said.

This approach may minimise the unintended negative consequences of more conventional salmon-stocking programmes where wild salmon broodstock are taken from spawning areas and eggs are fertilised in the hatchery.

Hatchery-origin fish are less well-adapted to thrive than their wild compatriots and the overall fitness of the wild component of a population may be compromised through lower overall survival, interbreeding and competition for resources with stocked fish.

Inland Fisheries Ireland is discussing the possibility of undertaking experimental trials with this novel approach to boost juvenile salmon production upstream of their trapping facilities in the Erriff catchment.

Estimated to be worth £100 million, supporting around 1,500 jobs, and with angling-related tourism being even higher, it is vital to protect the fishing industry now and for future generations.

To tackle these concerns, NRW is consulting on several fronts to reverse the trend and help this iconic species play a continuing role in their environment and culture.

In August, NRW launched a consultation on catch controls for rivers wholly in Wales but now it is extending the consultation to include the Welsh parts of the cross-border rivers – the Dee and Wye.

The Environment Agency will be carrying out an identical consultation on the English parts of these two rivers. In addition, measures to ensure released fish have the best chance of survival, the use of barbless hooks and a ban on treble hooks and bait, are also being proposed.

These measures will not affect the 10-year catch controls in place on the Wye since 2012 and are not due to expire until 2021. The new byelaws, however, would remain in place for 10 years, with a comprehensive review into their effectiveness after five years.

The event is free, but limited to 200 guests. If you wish to attend, contact Edwina Ord-Hume at support@frontierstrvl.co.uk stating how you knew Orri to receive your numbered invitation, which must be brought to the event.

Sadly, today it receives very little support from government departments, private fisheries, readers or advertisers and it is increasingly difficult to sustain quality during the closed season for game fishing.

“While I will continue to submit an occasional article about angling for your consideration I regret I can no longer make a column available on a weekly basis,” he said.

Seán Moran: When GAA players were shyer about being the retiring type 06:00
Gordon D’Arcy: It is hard to be excited for a sanitised Six Nations 06:00
Contract future still unclear for many of Ireland’s rugby pros 01:00
Katie Taylor is Ireland’s most admired athlete, survey shows 01:00
Solskjær doesn’t expect any new arrivals before transfer deadline 22:32