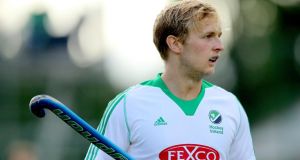 Michael Watt had a 10-year career which began against Poland in July 2006. Photograph: Inpho

The retirement of Michael Watt on Wednesday marked the end of the career of one of Ireland’s most successful hockey players.

Elite players in both the men’s and women’s game are now regularly hitting 150, 200 and 250 international caps, making them the most prolific of any team sport in Ireland. Conor Harte has 212 caps, John Jackson 231.

Watt, who had a 10-year career between his debut against Poland in July 2006 and his last appearance at the 2016 Olympics in Rio, averaged 20 caps a year for that time, which illustrates not only his ability but sustained commitment.

During that time Ireland missed out on qualification for the Olympics twice by narrow margins before finally making it to Rio. Watt’s 54 goals place him sixth on the list of all-time Ireland scorers.

It has been a feature in hockey over the last 15 years that it has become more professional in attitude resulting in better performances at international level. In recent years the Irish team has won a bronze medal at the European Championships, qualified for the Olympic Games and next year travels to the World Cup in India. The team’s world ranking of nine is also the highest it has ever been.

For those reasons the 30-year-old from Belfast, who plays with English Premier side, Hamstead and Westminster, was able to accumulate a vast number of caps. They are a reflection of success, of playing and qualifying for the top world events.

The hockey intelligence the Ulster forward was able to build over those years allows Ireland to comfortably fit in at the elite end of the world game. Not many team sports in Ireland can say that.