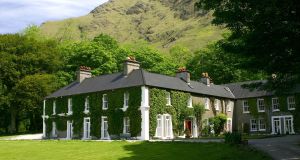 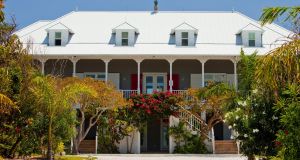 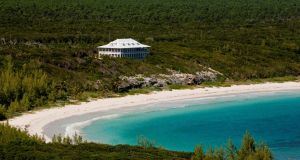 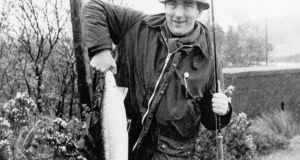 This is one of the most enjoyable books I have read in recent years. It is not just about fishing or fly-tying but is also a fascinating journey through all the ups and downs at Delphi Lodge (Connemara) and, to a lesser extent, Delphi Club (Bahamas).

I am one of the lucky few to have visited both venues. I remember arriving at Delphi Lodge in time for dinner at 8. “Derek, as our guest, you may sit at the top end of the table,” Mantle said. (A privilege otherwise reserved for the angler with the biggest catch of the day.)

Try as I might, I failed to catch a salmon on either Doolough or Finlough, but I had a wonderful time. Before leaving, he said: “When we have Delphi Club in Abaco up and running, you will have to come visit us.” I took note of that.

Abaco is one of the islands off Nassau, and Delphi Club provides the most gorgeous vista of golden sands and ocean. Delphi itself is five-star all the way. And the bone fishing is top notch too – I managed to catch at least 10 of those super-charged fighters.

But enough about me.

Double Delphi reveals one man’s burning ambition to provide top-class game fishing – and in two of the world’s most spectacular locations. In this, he succeeded with flying colours.

Yes, along the way there were trials and tribulations, particularly at Delphi Lodge. Some 75 per cent of the book concentrates on the Connemara experience.

Mantle started his working career as a financial journalist, and went on to become editor of the Financial Times Accounting Report, contributing too to the FT itself. He also qualified as a chartered accountant.

While enjoying the helter-skelter life in the fast lane, he suffered a health setback. The doctor sternly advised: “You drink too much, you smoke too much and you work far too much.” This was likely the catalyst which changed his course in life, opting instead for the quieter, more a relaxing lifestyle in the Irish countryside.

Delphi beckoned, and with a group of investors, they took possession of the famous fishery in 1986.

A year later the first setback occurred after a $1 billion gold find in Co Mayo. This had the potential to screw up fishing at Delphi. One day, while checking out the spawning streams at Doolough, Mantle discovered a man standing in the stream “washing dishes”. When challenged, he said he was panning for gold and his company had a licence to do so.

“And I suppose you’ve found some?”

A campaign against gold mining followed, including an appearance by Mantle on The Late Late Show. In the event, the public outcry was so great that Mayo County Council concluded that no mining should be allowed.

Next was a problem with the nearby adventure canoe centre, which assumed its right to use the Delphi Bundorragha River with its bubbly white-water challenges – not something that goes side by side with fly fishing. However, following a High Court decision and a meeting with the Irish Canoe Club, the canoe centre agreed to paddle during the angling close season.

After that came the great rod war, with the closure of the western lakes. Although Delphi managed to avoid becoming embroiled in the dispute, angling tourism did drop-off during the four-year period.

The sea trout collapse, which started in the early 1980s, rightly commands plenty of coverage in the book. Delphi was badly hit with the onset of a big salmon farm in Killary Harbour, blamed as the chief culprit of sea lice infestation on sea trout and salmon smolts en-route to their oceanic feeding grounds. Regrettably, the problem persists today.

Throughout all the above issues, Mantle kept the ship steady and on course. And, of course, there were many happy occasions when profits soared and sea trout numbers reached record levels – and celebrity visits from royalty to rock stars and Nobel peace laureates to movie stars, all brought plenty of cheer.

But the final curtain was about to come down on Mantle’s dream. In order to maintain and expand Delphi, additional financial resources were required. Investors were forthcoming, particularly from the Germany, and shares were handed out like confetti. It all ended up with Mantle being outvoted and eventually surrendering the Delphi reins and moving on to sunnier climes.

Meanwhile the Bahamian dream was coming to fruition for Mantle and Delphi Club on Abaco Island has become a magnet for anglers and general holidaymakers.

Double Delphi – The Rise and Fall of a Fisherman’s Fantasy is published by Wallop Books Ltd. It is only available online at wallopbooks.com and wallopbooks@gmail.com. The price is £33stg (€37.25) plus P&P. (There may still be a few copies in Hamilton’s Bar in Leenane, Co Galway.)