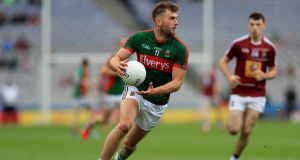 Former All-Ireland winners Na Piarsaigh are back determined to regain their title against gravity-defying opponents.

Doon are without All Star Richie English and although they hope they can get some time out of Darragh O’Donovan after injury, he won’t be at full tilt.

For the underdogs Pat Ryan inflicted death by a thousand cuts – well, seven from play– on a sluggish Kilmallock in the semi-final. Na Piarsaigh will be a different task altogether with a fully locked and loaded defence complemented by their own sharp blades in attack, David Dempsey and Peter Casey.

Kilcoo were in flying form in the semi-finals, blitzing Warrenpoint and appearing every inch a side that in normal circumstances would be greatly looking forward to another run in the province. Carryduff’s young side have performed well so far but this is too big a stretch.

Strangely the two most successful clubs in Dublin for the past decade or so haven’t until now met in the final. Cuala have been the more recently dominant but have stuttered a bit this season and the first half in the semi-final against Lucan was painfully slow. Ballyboden have loads of experience and made it count against the rising hurlers of Na Fianna but the champions have to be narrowly favoured.

Going for a third title in succession, St Thomas are hotly favoured to add to Cappataggle’s semi-final woes and the improving challenge of Turloughmore, likely winners of the second semi, should make for a decent final.

Breaffy with their big cadre of county men, including the O’Shea brothers, are pursuing a first county title with the intensity of Capt Ahab. Up against a developing Knockmore side that has en route to the final shown great confidence for a side without a title in 23 years, Peter Ford’s team look to have destiny on their side in what is fourth final in eight years. It won’t be easy against a fast-moving footballing team.

After last year’s hiccup Scotstown look to make it five titles in six seasons with a third successive win over a to-date unlucky Ballybay, driven by the Wylie brothers. That experience will be a motivation but the favourites will hardly yield much on that score after last year’s disappointment at the hands of Clontibret. Conor McCarthy was in top form when they overpowered Carrickmacross in the second half of the semi-final to reach an eighth successive final.

A club as dominant as Brigid’s have been for the past two decades tend to handle transition more briskly than others, as Boyle found out in the semi-final. Benny O’Brien, part of Kevin McStay’s management who took home the 2013 All-Ireland, has fashioned an exciting young team with a core of experience.

They come up against champions who didn’t start the campaign that well but picked up momentum and can be relied on not to let their only title to date go easily. Their taste for battle and resilience may however be outflanked by opponents literally in a hurry.

Long-running kings of Sligo – this would be five-in-a-row – Tourlestrane are likely to thwart their opponents’ ambitions for a maiden title.

Fascinating match between the athletic, dual performers of Loughmore with their stardust sprinkling of Noel and John McGrath and a Kiladangan side in a third final in five years and still awaiting a first county title.

On the face of it, Loughmore have hit form this year in both codes but their opponents have also found their rhythm and boast a very tight defensive unit. They also have the usually high-octane fuel of having played disappointingly when losing last year’s final and can redeem themselves.

The unsinkable Dungannon Clarkes got their noses in front of Errigal Chiarán in the semi-final after yet another tranche of extra-time while champions Trillick were being steered home by Matthew Donnelly. Dungannon’s name could be on the trophy but they may also have exhausted their luck.

Adam McHugh’s 1-4 propelled hot favourites Baltinglass to the final where Tinahely, whose sole championship was back in Centenary Year, provide the opposition after a penalty shoot-out with Avondale.