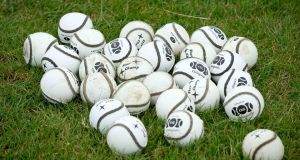 A first senior county club final has had to be postponed due to a positive Covid-19 test with Sunday’s Galway showdown between All-Ireland camogie champions Sarsfields and Ardrahan pulled from the schedule.

And the Galway junior final between Bothár na Trá and Sarsfields has also been postponed because of the same incident.

The Covid case involved at least one member of the Sarsfields club, and with players from their junior and senior teams deemed to be close contacts of the positive test, plans to play the games have had to be shelved.

Spokeswoman for the Galway camogie board, Sarah Gaughran, praised the club for their swift action following the local positive test, and admitted they face ‘a waiting game’ before the finals can be rescheduled.

“It is [a positive Covid-19 case] in one of the clubs,” said Gaughran, the Galway Camogie PRO.

“The club dealt with it very, very well, it was dealt with awful quickly, thankfully. The way things are gone it was important.

“It was highlighted early on and the games were pulled straight away.”

Nationally, a number of county quarter-finals and group games have had to be postponed due to Covid-19 cases, but Sunday’s Galway final are believed to be the first senior decider to be called off.

And while the senior and junior finals have been cancelled, the Galway intermediate camogie final featuring Clarinbridge and Kinvara has been given the all-clear to take place.

A date cannot be set yet for the other games though, and according to Gaughran, the games might need as many as three weeks before they can take place.

“Literally, it’s a waiting game for us now. We can’t give a date yet. It’s not looking like it’ll be next week, but we’re hoping for two weeks but maybe three,” she said.