Dual clubs flourishing thanks to knowing exactly where they stand 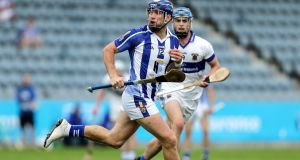 One notable feature of the successful county championships around the country to date has been the success of dual clubs. This Sunday sees Ballyboden St Enda’s take on Cuala in the Dublin hurling final and a week later, Ballymun Kickhams in the football.

In Tipperary the same afternoon, Loughmore-Castleiney play Kiladangan in the county hurling final and the following Sunday, the footballers of Clonmel Commercials.

In Wexford, hurling champions Shelmaliers are still progressing in the football championship whereas in Dublin Ballyboden’s opponents Cuala are also involved in the Senior 2 county final against St Brigid’s.

Whereas both Ballyboden and Loughmore have won both football and hurling titles in the recent years, they are in agreement that the peculiar circumstances of this summer have made things easier for dual clubs.

“Back in April,” says Loughmore-Castleiney chair Eugene Stapleton, “we were given actual schedules from the first match in July up until next Sunday. We knew what we were doing every week. In a normal year we’d get maybe one championship match in football and hurling out of the way in April but after that we’d be waiting on how Tipperary got on in the championship.

“If the county is in an All-Ireland, which is great but the clubs won’t go back until the third weekend in September and what catches a dual club is that sometimes you end up playing midweek. You could play Sunday, Wednesday, Sunday, which is a recipe for disaster because we’ve 14 players the same on each team.”

Ballyboden chair Ciarán Maguire is in agreement, pointing out that they have significant women’s football and camogie sections as well.

“We’re a four-sport club but in relation to the men’s teams the season did allow players to play both. We have six players on each panel and there’s limited recovery time for injury and fatigue.

“That the intercounty came after the club definitely left players more available. The absence of county training meant players were more rested. The likes of Conal Keaney, in his late 30s – the fact that he’s playing both reflects that and the same for Simon Lambert.”

Ballyboden have won seven Dublin hurling titles in the last 13 years and are current champions in football, having won an All-Ireland in 2016. They also won the double in 2009.

Loughmore-Castleiney became the first club in Tipperary to win that county’s double in 2013.

Stapleton contrasts this year with more conventional times. “County players are a lot fresher and we’re getting the best of them. Normally they come back after a hard summer and we’re only getting what’s left.”

Disappointment and frustration par for the courses as golf goes into lockdown 18:59
Keldermann claims the lead in Giro d’Italia 18:57
GAA’s Covid Advisory Group considering GPA demand for universal testing 18:45
Canter gallops to stunning 60 to lead by four at Italian Open 18:32
Dan Martin toasting another stage win at the Vuelta 18:00