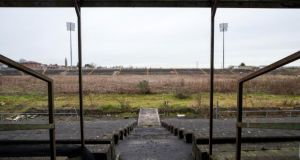 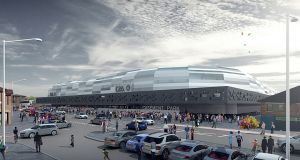 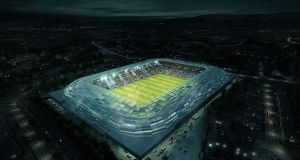 The North’s Minister for Infrastructure, Nichola Mallon, has announced her decision to recommend planning approval for a new GAA stadium at Casement Park in west Belfast.

Plans to develop the now virtually derelict stadium have been bogged down in controversy and legal and planning rows for about seven years.

Ms Mallon, however, said on Tuesday that as a result of her recommendation, the Ulster Council of the GAA will be able to build a new 34,578-capacity stadium on their existing site on the Andersonstown Road.

“Today marks a significant step in the redevelopment of Casement Park. The Ulster Council of the GAA can now move forward with their ambitious plans for the regeneration of the stadium,” she said.

Acknowledging a significant level of opposition to the proposal, the SDLP Minister said she recognised the “impacts on residential amenity from the proposed development”.

In the mid-2000s there were proposals to develop a £300 million multi-purpose stadium on the old Maze Prison site near Lisburn which primarily would house GAA, rugby and soccer. But this ran into political difficulty, with a decision instead to individually fund developments at rugby and soccer headquarters at Ravenhill and Windsor Park in south Belfast, and at Casement Park in the west of the city.

While the rugby and soccer developments went ahead, the Casement Park project became mired in controversy, with many objections to the proposal. It was initially proposed that the stadium would have a capacity of 40,000, but this was scaled back to try to deal with some of the objections.

The infrastructure department received approximately 1,306 letters of objection and three petitions of objection along with 1,584 letters in support and one petition of support.

The project originally was estimated to cost £77 million (€85 million), but that has now risen to £110 million (€121.5 million). It also originally was proposed that the Northern Executive would pay £62 million (€68.5 million) of the cost, with the GAA paying the remaining £15 million (€16.5 million). It is understood that no decision has yet been made on how the costs should be divided up between the GAA and Stormont.

Ms Mallon said that since taking office she had stressed the need for progress on the proposal. “I acknowledge that this approval was not an easy decision. There has been an extensive consultation process due to the complexities of the application and the level of public representation in relation to the proposal,” she said.

“But ultimately I had to weigh such impacts with the social and economic benefits that would result from the completion of this project, and I truly believe that the Casement Park stadium will be successful,” she added.

“The new stadium is of high-quality design and will become a renowned landmark building which will provide a further catalyst for regeneration of the Andersonstown Road and an economic boost to West Belfast in general. Belfast as a whole shall benefit from this redevelopment, connecting people from across the city, the north and further afield.”

The Minister said the stadium would boost sports tourism and the economy in the North. “Jobs during the construction phase and additional jobs for the daily management are to be welcomed. This decision represents a significant boost for our economy, our community and sports across Ulster and across our island.”

The Sinn Féin Deputy First Minister, Michelle O’Neill, welcomed the announcement. She said: “More than 10 years since the Casement Park project was announced and more than seven years since Antrim Gaels had a home. We finally have a planning decision over the line. Great result.”

Tom Daly of Ulster GAA, who also is chairman of the Casement Park Stadium Development Project, in welcoming Ms Mallon’s announcement, said it was a “landmark and historic decision”.

He said that more than 5,000 people engaged in a 32 week community consultation on the project with 95 per cent stating they were in favour of the new design.

“The Casement Park project will support the economic recovery, representing a long-term investment in the future of west Belfast, bringing with it many direct and indirect jobs along with increased revenues for local businesses and the regeneration of the area,” he said.