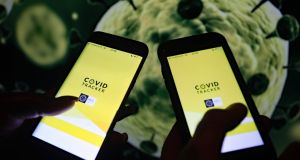 Of the two highest-profile embarrassments for the GAA during last weekend’s club programmes, the one in Dungarvan and not Cork will have longer-term implications, and its outcome will be closely followed.

To recap, the Waterford club won the county intermediate football final against Kill last Saturday but fielded a player, who had been tested for Covid-19, before his results came back. In the event the test proved positive and Dungarvan released a statement on Monday, apologising “for mishandling the situation”.

On Tuesday Croke Park intervened to advise the county that in considering the matter, Waterford Competitions Control Committee should refer it to the county’s management committee, which met the following day and ordered an investigation.

According to the club statement of apology, what was represented as an error of interpretation by the club led to the player being wrongly advised. Further, he “did not attend any of the post-match celebrations and was acting in good faith”.

The matter drew considerable criticism on the club and the GAA at a time when the association was deliberating whether to shut down club activity, which duly happened on Monday at lunchtime.

Neither of the parties, the club or county officials, are willing to say anything further about the matter, pending the outcome of the investigation.

After a summer and early autumn of predominantly positive publicity, the GAA has encountered more turbulence in the past few weeks, with scenes of post-match celebration, conducted in defiance of public health directives, taking place in a number of counties up and down the country.

It was the aftermath of the Cork hurling final that appears to have been the straw that broke the camel’s back. The county board quite quickly confirmed that there would be no disciplining of Blackrock for what had happened in public on the streets on Sunday evening.

What happened in Waterford is different in that an infected player took the field while he was awaiting the result of a test, which is plainly contrary to GAA protocols and all public health guidelines.

Dungarvan’s admission of error will be taken into account, but the Waterford county board are clearly unhappy with what took place, and the GAA at national level will be aware that whatever the county decides will be subject to considerable scrutiny.

Should the investigation decide that disciplinary action is appropriate, there is a range of options, from suspension of individuals found in breach of rules to fining the club to the most drastic, which would be stripping the club of its title under Rule 7.2 (e), OG Part 1.

In such circumstances the championship wouldn’t be awarded to the defeated finalists but would go unclaimed.

Depending on how the club viewed any disciplinary measures imposed, there would be the possibility of appeals and recourse to the Disputes Resolution Authority, the independent arbitration service for GAA units and members.

There is also the issue of what precedent might be set for the upcoming intercounty season.

The private view within the GAA at present is that there is the possibility of a player getting symptoms in the days just before a match and deciding to say nothing about it to management.

One distinction, though, between club and county teams is the scale of the back-up available and the presence of doctors and medical personnel, who are expected to monitor the situations more rigorously than some club set-ups are able to do.

There is further reassurance in the broad experience of the club season, during which no irregularities emerged when players had to stand down for Covid-related issues.