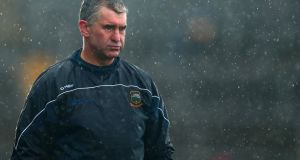 One of Liam Sheedy’s singular abilities as manager has been to demand that his teams produce the hunger to succeed. Photograph: Tom O’Hanlon/Inpho 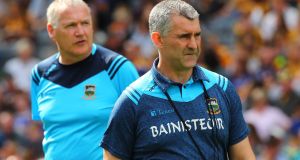 There are patterns in sport. Saturday lunchtime brings Liam Sheedy and Tipperary back to the Gaelic Grounds, the venue that acted as their crossroads in last year’s championship.

It was the last Sunday in June, 2019. They had just been comprehensively outplayed in the Munster final by Limerick. The score was 2-26 to 2-14. It was clear to anyone standing close to Sheedy that afternoon that conflicting emotions ran through him.

He returned to the intercounty scene in 2019 having stepped down immediately following Tipp’s All-Ireland success in 2010. And he was returning to a new world. The hurling aficionado within was admiring of the sweep and prowess of Limerick’s attacking game. The Tipp pride and ambition within couldn’t quite concede to that.

“When you are chasing and being out-muscled and out-worked . . . we just didn’t seem to have the flow. We were blocked down a lot today and a lot of those blocks seemed to lead to individual scores. The time we nearly had the ball gone in the first half and it ended up in the back of the net. Look, they are a very good side but we are better than what we showed today.

“We are delighted that we get a chance to rectify back. They start to come at you in waves and it is a hard tide to stem. We could have picked up 1-2 in the last few minutes but it was only going to tidy up the scoreboard. Limerick on the day were the better team and we had some good patches of play.”

He was smarting and barely concealed his hurry to get out of there. The jaw was set as he spoke and he was already configuring battles that lay ahead. Less than two months later, the picture of Sheedy and his co-revivalist Eamon O’Shea embracing after winning the All-Ireland final framed a riveting hurling season.

Now, Tipp are on the brink again. At the close of last weekend’s qualifying game against Cork, the cameras and microphones caught Sheedy not so much celebrating Jake Morris’s clinching goal as mainlining it, sucking in every bit of the adversity and grit that was in the night. If there has been a constant to Sheedy’s time with Tipperary, it is that he seems to thrive when he feels as if his team is backed into a corner with nowhere to go. This fascinating lunchtime quarter-final leaves them just in that place. There is nowhere for the All-Ireland champions to go except for out – or through Galway. Neither is an easy proposition.

There are two ways of looking at Tipperary since they smashed the Kilkenny vice grip in the 2010 All-Ireland final. Last August, they won their third All-Ireland of the decade, with Michael Ryan, an assistant- manager to Sheedy in 2010, steering them to the 2016 title. So it has been their best All-Ireland decade since the august 1960s.

In addition they featured in the 2011 All-Ireland final against Kilkenny, lost the 2014 version to the same opposition after a replay and lost enthralling semi-finals in 2015 and 2017 to Galway. They have got their act together. On the flipside, the most extravagantly gifted generation of hurlers the county has produced has failed to put back-to-back All-Ireland seasons together. When they defeated Kilkenny in 2010, there was heady talk of the force jumping across the border and predictions that Tipp were poised to dominate the coming years of hurling.

“Tipperary have won five All-Irelands in 40 years,” cautioned Eoin Kelly that evening, as if mindful of the surging optimism. “Children have grown up in that time. I hope it is not another 40 years for us to win five All-Irelands. Look, we will enjoy this. What Liam has done, the belief he has given us is incredible. And the younger players are oozing with class and coolness. They came into our dressingroom with All-Irelands hanging off them. And there was never any talk of what they achieved. It was hunger, hunger, hunger.”

It’s debatable as to whether Tipp brought the same level of hunger in each of the subsequent seasons. But one of Sheedy’s singular abilities as manager has been to demand that his teams produce it. Even before the All-Ireland winter season began, there was a sense that Tipp would be in a race against time to settle into their best form.

Last summer’s All-Ireland was achieved with the McGrath brothers on song, with John O’Dwyer humming and Séamus Callanan knocking in a goal in seven consecutive games. This competition, in the dark and cold and the echoes, has demanded something different and forced in Tipperary the radical shift in emphasis which Henry Shefflin neatly outlined on The Sunday Game.

“Going into the Limerick match they had ball players there. We know Tipp players for being forwards, for being scorers. That’s what they had. And they had to look at that because I think the monsoon conditions that Tipp faced against Limerick down in Cork, they knew Liam had to change things up. And in comes Michael Breen who played the last day. Here was Will Connors coming in for John McGrath on 33 minutes and Dan McCormack back in the half-forward line.

“They are workers and dogs in this kind of weather. Against Limerick they could not break tackles, break lines. Here’s Michael Breen: he finished with 0-5 from play. Those players had a big impact. Liam, for me, is being very animated on the line. I think he knows they are not flowing. He is trying to get ’em going but they seem to be moving in the right direction.”

It’s a point that former Waterford manager Derek McGrath picked up on during his conversation with Eoin McDevitt on Second Captains this week. As he sees it, Sheedy is throwing every ounce of energy in trying to revitalise what looks, from the outside, to be a slightly tired team. He’s trying to draw their true selves out.

And in a way, it’s where Sheedy has always been with Tipp. Back in 2010, when they were trying to learn how to win a senior All-Ireland, Sheedy turned to Eamon O’Shea on the sideline. It was about 15 minutes before throw-in. “No regrets” they agreed.

“We left no stone unturned,” he said after the final whistle. “I am delighted for that group because I feel they have shipped a lot of criticism unfairly. People are very quick to point out what is wrong with this team and today it is time to point out the right things.”

A decade on and they continue to lurch from glory to setback. If they win what promises to be a fire and brimstone clash on Saturday lunchtime, then the All-Ireland champions will face Limerick just to return to a final – where they may well find a certain rose-cheeked judge and jury awaiting them. If there’s a hard road, then Tipp’s band of hurlers will find it. They might just need it.