The weekend that was: Predictions no easy task in wide-open top flight 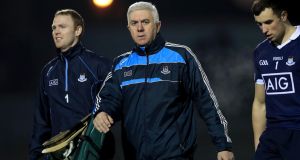 The age of unreason

In a brief contribution to WLR commentator Kieran O’Connor’s match broadcast in Waterford on Sunday I said that if the US had embarked on a post-truth society then I was entering the post-prediction age.

Skittles in a bowling alley have better prospects than match forecasts at this time of the year but even by those perilous standards the weekend just gone was unfathomable. But should it have been?

Every year the in recent times the hurling league throws up surprises. Teams who look unstoppable or doomed one week reverse those perceptions within seven days. It used to be believed that home advantage was the determinant but at the moment it’s the opposite. In Division One A four of the first six fixtures have been won by the away team.

Given the usual pile-up in Division One A - only Tipperary haven’t dropped a point after just two matches - it will be a while before the various issues even become clear let alone resolved. The spectre of relegation had originally been thought likely to haunt only Dublin and the other counties in the division could console themselves that all they would have to do is beat Ger Cunningham’s team to secure another season in the top flight.

It was entirely reasonable to believe this. Dublin didn’t have a great championship last year and had seen experienced players depart the panel unhappy with management. A young team had been walloped by Tipperary in Croke Park on the opening night of the league and a trip to Cork promised little respite given how solid Kieran Kingston’s side had performed throughout the January pre-season and in dismissing Clare in their first league outing.

Saturday night in Páirc Uí Rinn blew that assumption apart and now the customary dog fight will begin with if precedent is the judge, a couple of teams on four points at the end of the regulation matches being separated by scoring difference and one sent to the relegation play-off with the other qualifying for the quarter-finals.

The unpredictability of the season wouldn’t be possible without a high level of competitiveness and is a further endorsement of the league structure. None of this is to say that in a fortnight’s time after another round of matches, we won’t be back to measuring Dublin for relegation clothes or once more hailing Cork’s resurgence.

Division One B gets a new Model

Central to the success of the current league structure is how competitive Division One B has been. Although in the past four seasons the team relegated from the top division has immediately bounced back the margins have been tight.

Limerick is often referenced as the county that lost out to the greatest extent when the league was restructured in 2011. They won promotion from the old Division Two that year but the top two divisions in the league were revised from eight-county groupings to six. But they weren’t the only ones with a grievance. Wexford were arguably worse affected.

The change - unusually it was introduced immediately rather than at the end of the following season - meant that not only did Limerick not go up but the bottom two counties in the old Division One also went down. It didn’t make a lot of difference to Offaly, who had finished last and were relegated anyway, but Wexford had been four points down with 10 minutes left against Tipperary in the last match of the season and earned a draw with a late Willie Doran goal and finish seventh.

So having celebrated what they had reason to believe was their continued presence in the top division, Wexford instead ended up being part of the new six-team Division One B

In the meantime Limerick’s travails have attracted more attention. Under the initial system they lost promotion play-offs, between the top two teams in the division, in 2012 and ‘13 to Clare and Dublin, respectively - despite having topped the table in 2013.

The format was changed (partly out of sympathy for them) in 2014 so that the county who finished first in Division one B would get automatic promotion. Limerick haven’t managed to do that in the three years since, coming in as runners-up each season but with no play-off on offer.

Wexford at the weekend tore up the script by turning what had looked like a nightmare start to the season - facing promotion favourites Galway, relegated last year, and the perennial Limerick in successive weekends - into an opportunity and all but securing promotion by beating both of them.

In the county’s five years in the division Wexford had previously managed just one point out the 10 available when playing the top two teams in One B. Already new manager David Fitzgerald has attained a major goal by taking all four points on offer in the these matches.

This promotion projection isn’t purely about dismissing Kerry, Laois and Offaly. Galway have to go to Limerick on the last day of the season and one or both teams have to drop points. Wexford could afford to lose a match and still be ahead on the head-to-head against either the winners of the Gaelic Grounds match or a point clear were their rivals to draw.