St Brigid’s into first Dublin SHC final since 2003, Cuala cruise through to meet them 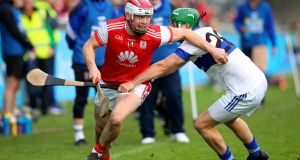 We doubt Con O’Callaghan is even aware but this was his 79th significant GAA game since making his Dublin senior football debut almost 40 months ago to the day.

The legend that is the Cuala phenomenon continues to grow with win number 69 in that period duly wrapped up with the minimum of fuss at Parnell Park.

The Footballer of the Year nominee helped himself to five points from play as Cuala, the 2017 and 2018 All-Ireland club hurling champions, returned to the county final on October 20th.

It was dual star O’Callaghan’s first point in the fifth minute that put Cuala into a lead they would hold onto and emboss, ultimately streaking to an 11th semi-final success.

O’Callaghan can now prepare for what will be a remarkable 19th final since that Dublin debut in June of 2016.

For the record, those 79 games have been while playing for the Dublin senior and Under-21 football teams, for UCD in the Sigerson Cup and for his club in both codes.

This was his 10th start for the Cuala hurlers in the Dublin championship though it was by no means a one-man mission with Mark Schutte also impressing and scoring 1-3.

There were goals too from Colin Cronin and Sean Treacy as Cuala opened up a 2-13 to 1-6 half-time lead and cruised home from there.

Managed now by former All-Ireland minor winning Tipperary boss Willie Maher, all of the Cuala forwards and both of their midfielders got on the score-sheet by full-time.

“He’s just a super guy,” said Maher of O’Callaghan. “You saw it this year with Dublin, he’s just that sort of athlete and player - football and hurling - that I’d say if he played any sport he’d be good at it. His brother is on the team as well, he has relations, friends involved. It’s a club team and they make the integration work really good.”

A big win for Johnny McGuirk at Parnell Park which in times gone by would have meant a big win for local outfit Craobh Chiarain.

Unfortunately for the Donneycarney club, the former Dublin star manages St Brigid’s these days and the Blanchardstown outfit pulled off a significant coup in the Dublin hurling championship.

With Johnny’s son - also named Johnny - in the Brigid’s lineup, the Russell Park side led virtually from pillar to post to qualify for their first Dublin SHC final since 2003.

That was their only final appearance and, as fate would have it, they lost to a Craobh side that day with McGuirk senior playing at midfield.

Alan McCrabbe also played in that final win for Craobh 16 years ago and was in the lineup again this time, lining out as their sweeper initially before moving to midfield and eventually ending up at full-forward.

Unfortunately for McCrabbe and Craobh, the 2009 All-Star wasn’t overly effective in any of those roles as Brigids largely dictated the terms.

Cian O’Sullivan’s 14th minute goal put Brigid’s into a 1-1 to 0-2 lead and they led from that score until full-time, stretching the gap to seven points for a finish.

They will return in a fortnight for the decider as underdogs though, as McGuirk noted afterwards, they’ve been underdogs for all of their recent games and it hasn’t proved any impediment.

O’Sullivan finished with 1-3, all from play, while another former Dublin forward, Paul Winters, top scored with 1-6, all but a goal of that coming from placed balls.

In truth, it wasn’t a classic affair with Craobh managing just four points from play in the first 50 minutes.

Winters scored Brigid’s second goal in the 18th minute and they led 2-8 to 0-6 at half-time with Craobh never any closer than six points to them in the second-half.