Third round qualifier draw opens things up for provincial finalists 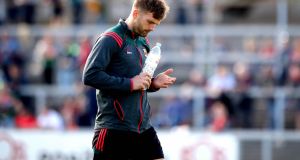 Mayo will face Armagh in the third round of the football championship qualifiers, while Tyrone will take on Kildare.

The four winners from round three will play the four provincial losers for the remaining four spots in the Super 8s.

Therefore two of the provincial final losers - Meath, Cavan, Cork and Galway - will face the winners of Westmeath v Clare, and Offaly v Laois to reach the Super 8s. Three of those four teams competed in Division Three of the 2019 league.

Meath however can’t be drawn against the winner of Laois and Offaly because there are no repeat fixtures allowed for in round four. While Cavan and Armagh also can’t meet again.

The first team drawn out on Monday morning has home advantage (unless a Division Three or Four team were drawn against opposition from the top two divisions but that scenario did not arise), so Armagh will head for Castlebar and Tyrone to Newbridge.

The last time Mayo played Armagh in the Championship was in 1950 - and Mayo went on to win Sam Maguire that summer.

The draw was an open one, and contained the eight winners from last weekend’s round two winners. Laois and Westmeath were initially drawn together but as they already met in the Leinster championship they could not play each other again at this stage.

The four matches are scheduled for next Saturday and all are to be decided on the day. So that would mean penalties, after extra-time.

Both the Kildare and Tyrone, and Mayo and Armagh matches will be live on Sky Sports.