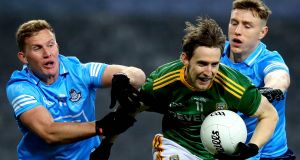 The commemoration of the Bloody Sunday centenary was widely well received on Saturday evening but what followed underlined a growing issue for the GAA. Dublin’s 21-point defeat of Meath in the Leinster final stretched the champions’ sequence of provincial football titles to 10, a national record.

A fixture that had been expected to be more competitive this year, given Meath’s apparent improvement, turned out to be even more one-sided than any of Dublin’s previous Leinster final victories in the current sequence.

It leaves the county more than halfway down the road to a sixth successive All-Ireland title.

The chilling effect on competitors of this monopoly poses problems for the Leinster Council in terms of a competitive championship and falling attendances – although not an issue in this year of closed venues – with the consequent impact on revenues.

Pat Teehan, chair of Leinster Council, acknowledges that this is a problem but points out that the province’s football counties rank reasonably highly with roughly half in the top half of the league.

“We had two teams who had played in Division One this year in the final and three more in Division Two – that’s five in the top half of the league. I accept that Dublin’s grip on the province has the effect of discouraging other teams but there’s no quick-fix solution to that.

“We’d be looking to expand the East Leinster Project (to focus development resources in the commuter-belt counties of Meath, Kildare, Louth and Wicklow) to other counties, like the Offalys, Longfords, Westmeaths, Carlows, and Laois’s. That’s long-term but it’s also the only way you can address the issue of competitiveness.

“Look, Dublin don’t dominate at under-age to the same extent. Meath just beat them at minor level and while their record at under-21 and under-20 is better, they don’t dominate in the same way as at senior.”

One of the highest-profile responses to the weekend came from former Westmeath footballer John Connellan who, in an open letter, called for other counties to boycott the championship if the GAA failed to come up with a more equitable distribution of development resources.

He cited the disparity in allocations over the past 15 years or so since Dublin GAA began to benefit from public grants that facilitated the appointment of full-time games development officers to clubs willing to shoulder 50 per cent of the cost, a commitment many are willing to make given their size as well as the county’s disproportionate, population-driven commercial clout.

“It may be the case that, ultimately, drastic changes to the inter-provincial and All-Ireland structures, together with the fair allocation of resources, might not even be enough to bring football back from the brink,” he wrote. “However, we must do something.

“The ultimate conclusion that I hope you can infer from the aforementioned is that Dublin GAA is now largely self-sustainable. It is on that basis that I would call on county boards across the country, but more immediately in Leinster, to demand a fair allocation of centrally-administered GAA resources.

“Leinster football is, to all intents and purposes, dead. It’s not dying. It is a once-great competition that can no longer be considered a viable entity due to Dublin’s dominance.”

Among the issues concerning Dublin has been the fixing of venues, which sees the county play the preponderance of its championship matches at Croke Park. Leinster counties generally support this because revenue from matches at the stadium is greater than from other venues.

Teehan disputes that this essentially elevates gate receipts over fairness.

“I don’t agree that it’s a matter of putting commercial interests before fairness. It’s trying to find a balance. We have been putting Dublin quarter-finals outside of Croke Park since 2016.”

There was however controversy when that year after Laois had drawn Dublin, the fixture was set for Nowlan Park in Kilkenny rather than Portlaoise, which the Leinster chair accepts was a mistake but a decision taken because the likely size of the attendance was overestimated.

“Realistically, looking at that in hindsight, you’d have to say that were that to happen again in the future that match would be in O’Moore Park. We also have to ask about the semi-finals: do we keep putting them into Croke Park if we’re not getting the crowds?”

In 1997, the Amateur Status report proposed that the GAA secure major national sponsorship and allocate the funds centrally rather than continue with the model of individual county sponsorships. This was opposed by Dublin and Cork and rejected by a special congress 23 years ago this month.

Teehan makes the point that this approach runs the danger of reducing the total revenue available to the GAA, as counties are more efficient at securing such deals even though the status quo benefits bigger counties in general and Dublin in particular.

“There’s a danger of cutting off your nose to spite your face. Would big multinational companies put the same money into supporting every county as opposed to specific deals with Dublin or others?

“Sponsorship varies. There’s a certain type, like Carroll Cuisine, which out of loyalty to their county [Offaly] get involved but the big corporations are loyal to their profits and what’s beneficial to them. Might you push commercial partnerships underground?”

Ultimately he doesn’t believe that this domination will prove open-ended.

“Dublin’s success won’t go on forever although they obviously won’t be going away either but Kerry have won Munster titles than Dublin have Leinsters. Kilkenny hurlers have more than Dublin footballers.”