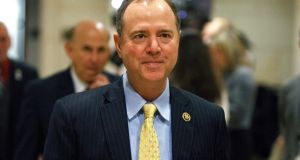 The US House of Representatives intelligence committee has hired a former federal prosecutor in Manhattan with experience investigating Russian mobsters and white-collar crime to lead its inquiry into the Trump administration.

The hiring of Daniel Goldman is the latest move by the House’s new Democratic majority to add legal firepower to an expanding list of investigations into the affairs of Republican president Donald Trump and his associates.

The chairman of the House judiciary committee, Jerrold Nadler, recently announced that he had retained Barry Berke, a prominent criminal trial lawyer, and Norman Eisen, a former adviser to president Barack Obama, to work on his expansive investigation into Mr Trump and other issues.

Adam Schiff, the Democratic chairman of the House intelligence committee, said in a statement that Mr Goldman had joined the panel in February as senior adviser and director of investigations. Mr Schiff also named a new budget director and three other people for various roles.

The committee’s investigation into Russian interference in the 2016 presidential election and possible collusion with the Trump campaign has taken on new life since the Democrats took control of the House in elections last November. The panel is set to hear testimony from Michael Cohen, the president’s onetime “fixer”, for a second time on Wednesday, after he turned on his former boss.

Mr Goldman was an assistant US attorney in the Southern District of New York for a decade until 2017, serving as the lead prosecutor in the conviction of Las Vegas sports gambler William “Billy” Walters for insider trading.

But likely more relevant to the committee’s investigation is Mr Goldman’s tenure as deputy of the Southern District’s organised crime unit, where he oversaw a major Russian mob case against more than 30 individuals for money laundering and racketeering.

Mr Goldman also until recently worked as a legal analyst for NBC News and MSNBC, commenting on special counsel Robert Mueller’s 22-month-old investigation into links between the Trump campaign and Russia.

Mr Goldman attended last summer’s trial of former Trump campaign chairman Paul Manafort and was at the December sentencing of Cohen, who is due to start a three-year sentence in May for violating campaign finance laws and other crimes.

In other recent hires by the Democrats, the House financial services committee enlisted the help of Bob Roach, a longtime investigator of complex financial and money laundering issues for the Senate permanent subcommittee on investigations.

Russia has denied meddling in the 2016 election. Mr Trump has said there was no collusion between his campaign and Moscow, and has called the Mueller investigation a “witch hunt”.

In a separate development on Tuesday, a federal judge said the publication last month by Mr Trump’s former political adviser Roger Stone of a book that criticised Mr Mueller may violate a media gag order – a transgression that could land the self-proclaimed “dirty trickster” behind bars.

Judge Amy Berman Jackson of the US district court for the District of Columbia ordered Mr Stone and his lawyers to provide her with a report by Monday explaining how he planned to comply with the order, and also demanded that he turn over records detailing everything he knew about the book’s release.

“There is no question that the order prohibited and continues to prohibit the defendant from making any public statements, using any medium, concerning the investigation,” Ms Justice Jackson wrote. “It does not matter when the defendant may have first formulated the opinions expressed, or when he first put them into words: he may no longer share his views on these particular subjects with the world.”

Mr Stone, a longtime Republican operative, is the 34th person to face charges as part of Mr Mueller’s investigation into whether Mr Trump’s campaign colluded with Russia. He has pleaded not guilty to seven counts of obstruction, witness tampering and making false statements. – Reuters

1 A Russian cruiser with ‘cannibal rats’: What other ‘ghost ships’ could be out there?
2 New Sinn Féin TD apologises for ‘glib, off-the-cuff tweets’
3 Jump in young Irish adults living with parents among highest in EU
4 UK to close borders to non-English speakers and unskilled workers
5 Cash-strapped National Concert Hall told to reflect on ‘music tastes’
Real news has value SUBSCRIBE