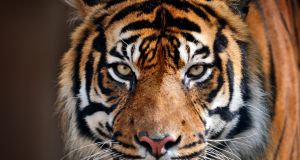 Jeffrey and Lauren Lowe, who featured in the Tiger King documentary, took over operations of the Greater Wynnewood Exotic Animal Park, which was previously run by Joe Exotic. Photograph: iStock

The new owners of an Oklahoma zoo featured in the hit Netflix series Tiger King have been ordered to turn over all lion and tiger cubs in their possession, along with the animals’ mothers, to the United States federal government.

It comes after the federal court found that two tiger cubs had died less than a week apart because of a failure by Jeffrey and Lauren Lowe to provide proper nutrition and veterinary care.

The Lowes were also ordered not to put animals on public exhibit without a licence in a federal court ruling issued in Oklahoma last week, according to a statement from the US justice department.

“The Lowes have shown a shocking disregard for both the health and welfare of their animals, as well as the law,” said Jonathan Brightbill, acting assistant attorney general at the department’s environmental and natural resources division.

Mr Lowe’s attorney did not respond on Tuesday to a request for comment.

The Lowes took over operations of the Greater Wynnewood Exotic Animal Park, which was previously run by Joseph Maldonado-Passage, known as Joe Exotic, and featured in Netflix’s Tiger King: Murder, Mayhem And Madness.

Mr Lowe said last summer that he was closing Wynnewood due to pressure from animal rights activists and inspectors and had moved some 160 big cats to his new facility.

On January 15th the federal court found that two tiger cubs had died less than a week apart because of a failure by the Lowes to provide proper nutrition and veterinary care.

It ordered the couple to surrender all big cat cubs under the age of one year and their mothers, and to provide records for all animals acquired or disposed of since June 2020.

Mr Maldonado-Passage is serving a 22-year sentence in a Texas federal prison for his conviction on charges that he participated in a murder-for-hire plot and violated federal wildlife laws.