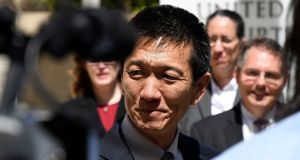 A federal judge in Hawaii indefinitely extended on Wednesday an order blocking enforcement of president Donald Trump’s revised ban on travel to the United States from six predominantly Muslim countries.

US District Judge Derrick Watson turned an earlier temporary restraining order into a preliminary injunction in a lawsuit brought by the state of Hawaii challenging Mr Trump’s travel directive as unconstitutional religious discrimination.

Hawaii says the policy discriminates against Muslims and hurts the state’s tourist-dependent economy. The implied message in the revised ban is like a “neon sign flashing ‘Muslim ban, Muslim ban’” that the government did not bother to turn off, state attorney general Douglas Chin told the judge.

Extending the temporary order until the state’s lawsuit is resolved would ensure the constitutional rights of Muslim citizens across the US are vindicated after “repeated stops and starts of the last two months”, the state has said.

Mr Trump signed the new ban on March 6th in a bid to overcome legal problems with a January executive order that caused chaos at airports and sparked mass protests before a Washington judge stopped its enforcement in February. Mr Trump has said the travel ban is needed for national security.

Hawaii and other opponents of the ban claim that the motivation behind it is based on religion and Mr Trump’s election campaign promise of “a total and complete shutdown of Muslims entering the United States.”