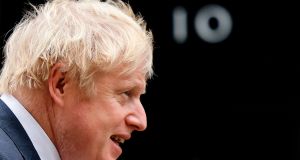 As negotiations between Britain and the European Union enter what must be their last days, the two sides remain deadlocked on the three outstanding issues of fisheries, fair competition guarantees and how any agreement should be enforced. Michel Barnier is no longer self-isolating after a coronavirus case in his team, but by Thursday evening he had not yet agreed to travel to London for face-to-face talks after a few days of negotiating by video conference.

British sources say they remain committed to reaching a free trade agreement and that they want face-to-face talks to resume as soon as possible but that it is up to Barnier to determine his own travel plans. The mood in Brussels is downbeat, and although Barnier will never declare the negotiations to be hopeless, others on the EU side are beginning to question how long they should continue talks that show no sign of a breakthrough.

Britain’s inexperienced team of negotiators, led by retired diplomat David Frost and former Vote Leave campaign operative Oliver Lewis, have put themselves on a short leash throughout the entire process. The remaining moves that could break the deadlock are highly political and nobody other than Boris Johnson can make them.

This month’s departure from Downing Street of Vote Leave veterans Dominic Cummings and Lee Cain robbed the notoriously indecisive prime minister of his two most decisive advisers. But their exit has also increased the political risk for Johnson of allowing the negotiations to end without an agreement.

That risk is already enormous, as this week’s spending review and the accompanying forecasts from the Office for Budget Responsibility underscored. The independent fiscal watchdog predicted that a no-deal outcome would lead to the loss of 300,000 jobs – on top of the 2.6 million it expects to be unemployed by spring.

Leaving the post-Brexit transition with no free trade agreement would not only reduce economic output by 2 per cent, it would hit hardest those sectors such as manufacturing that have been least affected by the coronavirus lockdowns. And an expected fall in sterling’s value would, along with tariffs on European imports, push up prices for consumers.

British officials admit that disruption at ports is inevitable even if there is a deal, but it will be much greater without one and a rancorous end to the talks would make temporary arrangements and implementation periods harder to negotiate.

Johnson’s decision to cut Britain’s commitment to international aid from 0.7 per cent to 0.5 per cent of GDP – still more generous than Ireland’s 0.32 per cent of gross national product – has blurred his message about a global Britain after Brexit. And US president-elect Joe Biden this week repeated his warning that Brexit must not undermine the Belfast Agreement or the openness of the Border.

The House of Lords this month removed from the Internal Market Bill clauses that would allow British ministers to renege on the withdrawal agreement and its Northern Ireland protocol, but Johnson has promised to restore them when the Bill returns to the Commons. If he fails to reach an agreement with the EU, he will have to proceed with that threat, setting his government up for an early confrontation with the incoming Biden administration in Washington.

A no-deal outcome would also fuel the rise in support for Scottish independence, which has been comfortably ahead of remaining in the United Kingdom in polling throughout this year. Polling expert John Curtice told an event at the Institute for Government this week that although there was little relationship between support for independence in the 2014 referendum and voting Remain in 2016, many of those who opposed Brexit have since then moved towards backing independence.

“You have to leave aside what you would like people to think about the merits or otherwise of Brexit,” he said. “The thing you have to understand, on whichever side of the argument you are, is that the pursuit of Brexit has undermined the aggregate level of support for the union in Scotland, as well as reshaping its character. And that’s a political fact you have to understand and then deal with.”

A no-deal outcome is likely to accelerate that trend at a time when coronavirus has set Johnson’s leadership in an unflattering contrast for Scottish voters with that of Nicola Sturgeon.

Johnson will have to make his decision on whether to compromise for an EU deal without the advice of Cummings and Cain. And if he decides to gamble on no-deal, he will have to face the consequences without that team of combative campaigners as he trashes his government’s reset before it has even begun.