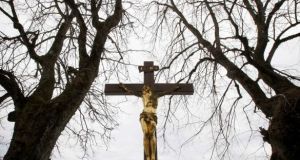 Following the resignation of two of its board members, a spokeswoman for Caranua said appointments to its board were a matter for the Minister for Education.

Two new members of Caranua, the independent statutory agency tasked with providing services to survivors of religious institutional abuse, have resigned citing its “mistreatment” of survivors.

Thomas Cronin and Dr Mary Lodato, both survivors of institutional abuse, were appointed to the nine-member Caranua board in May 2017, by Minister for Education Richard Bruton. They now say Caranua “should be closed down”.

The organisation, established in 2012 to manage €110 million pledged by congregations to enhance survivors’ lives, has been at the centre of controversy since March 2017 when chief executive, Mary Higgins, made comments offensive to many survivors.

Responding to complaints about the service Caranua provided, Ms Higgins told The Irish Times some survivors would “never be happy”.

“You can’t control people’s experience of what we do for them...We have to face the fact, the damage that has been done to these people is so deep that it doesn’t matter what anybody does. It’s never going to be enough to satisfy them and make them feel cared for, loved, honoured or whatever else.”

She later “unreservedly” withdrew the comments.

Ms Lodato, a survivor of High Park Magdalene laundry in Drumcondra, Dublin and now based in Northamptonshire, has worked with survivors in the UK for over 20 years. In her resignation letter to the Minister, dated February 1st, she said she had believed her expertise on the needs of UK-based survivors would “help” to board gain an “understanding” of their specific needs.

Her belief was however “at odds with the expectations of the board”.

Responsibility not to survivors

When she brought the situation of a terminally-ill survivor who had been unable to get a response from Caranua to the board’s attention, she was told her responsibility was to Caranua, not to survivors, she says. “This was a position I could not accept.”

Mr Cronin, a survivor of St Joseph’s industrial school, Cork, said he had expected there would be “changes in Caranua after all the bad press”.

“I’d say if anything they have got worse, more entrenched and more defiant that they are going to keep doing things their way.”

In his resignation letter to the Minister, dated February 16th, he expressed his concern about the “lack of respect and empathy towards survivors... In my opinion Caranua should be closed down”.

He told The Irish Times: “What worries me is that they don’t want to hear survivors. They want to push us away and get rid of survivors. The survivors will die but that attitude – not wanting to face the abuse - is still inherent in our society.”

A spokeswoman for Caranua said: “Appointments to the Board of Caranua are a matter for the Minister for Education.”

A Department of Education spokeswoman said: “The Minister would like to thank both Tom Cronin and Mary Lodato for their service on the Board of Caranua. The Board has the important job of securing the most beneficial, effective and efficient use of the resources available in the investment account while being fair to survivors, seeking to meet their needs and benefit as many people as possible.”

Caranua has so far spent €72.5 million of the fund, most of it on services for survivors. A portion is spent on salaries, rent and other expenses.

Ms Higgins had been on “sick leave for a number of months due to an unfortunate accident”, according to Caranua.