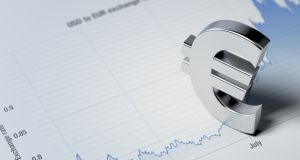 Ireland scores well compared to the European Union 15 countries on education, though the number of young people not in employment, education or training “is a cause for concern” at about 15%. File photograph: Getty Images

Ireland is one of the “worst performers” on a range of social and environmental indicators compared with 15 similar EU countries, a study has revealed. This is despite Ireland being one of the best on economic growth.

The first study of its kind here, it was conducted by researchers at University College Cork and St John’s University New York, using data from such sources as the World Health Organisation, World Bank and Organisation for Economic Co-operation and Development.

The report argues that solely focussing on economic growth, or gross domestic product, as a measurement of progress is highly flawed. It says societal wellbeing depends on a far wider range of indicators.

“Evidence now supports the view that a rising tide only helps people who already have strong boats. With lower overall growth rates, and with rising inequality funnelling the benefits of growth to fewer people, GDP, as a measure of progress is being re-examined from many different angles.”

Ireland scores well compared to the European Union 15 countries on education, though the number of young people not in employment, education or training “is a cause for concern” at about 15 per cent, being consistently above the EU15 average of about 12 per cent between 2007 and 2006.

Dr Catherine Kavanagh, of the Department of Economics in UCC and co-author of the report, said policies which “damage families and promote inequality” were “simply unsustainable”.

Economist Michael Taft, responding to the report, said there were “deep structural” obstacles to overcoming the negative impact of widespread low pay.

Low pay was concentrated in the private sector. Among the obstacles were the lack of investment in public services and the far fewer Irish workers covered by collective bargaining than in comparable countries such as Germany or Austria.