Ali Selim: ‘I condemn FGM. I totally apologise for the confusion’

The Muslim academic on media controversies and integration in Ireland 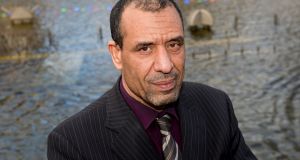 Ali Selim regrets the controversy that followed his comments on female genital mutilation (FGM). But, he says, the furore was not all of his own creation.

The spokesman for the Islamic Cultural Centre in Clonskeagh, Dublin and its Imam, Shaykh Hussein Halawa, came under fire after Dr Selim, on RTÉ’s Prime Time, apparently made a distinction between FGM and female circumcision.

He said the latter should be allowed but only in instances where this was recommended and allowed by doctors, creating an assumption that he was arguing in favour of FGM, but by another route.

He says this was never the case: “I condemn FGM and I condemn circumcision that gives the same meaning as FGM. I totally apologise for the confusion.”

The media, he says, behaved like “a lynch mob” after the interview but he claims he was “only contacted by three journalists” in the aftermath, adding it “would have been fair” if clarification had been more broadly sought.

Despite being in Ireland 20 years and completing a master’s and doctorate at Trinity College Dublin, he still struggles with the nuances of English.

Not for the first time the language barrier abetted the Egyptian-born Irish citizen in spreading confusion. It also opened the door to those Muslims in Ireland who like to target him and the Clonskeagh mosque, and those who see misogyny wherever Islam is.

It has long been claimed that he, Imam Halawa and Clonskeagh have had close associations with the Muslim Brotherhood. Dr Selim says these are “false allegations”.

What then of the European Council for Fatwa and Research, of which Imam Halawa is secretary general? He says the council is “an Islamic theological body of scholars based all over Europe” set up “to provide theological answers to questions related to the European context.” But it is presided over by Shaykh Yusuf al-Qaradawi, banned from the UK and US.

“Academics can have their views,” he said, but it “doesn’t necessarily mean you have to accept everything Shaykh al-Qaradawi is saying.”

He rejects totally a claim by Imam Ibrahim Noonan, of the Ahmadiyya Muslim group, that Clonskeagh is “softer on terrorism”. He says Clonskeagh tends to be the first in “condemnation of every [Islam-related] atrocity”.

But why has Clonskeagh been accused so often of embarrassing other Muslims in Ireland?

Some Muslims are Sufi, a different denomination of the majority Sunni Islam to that at Clonskeagh. Imam Umar al-Qadri, at the Sufi Blanchardstown mosque, pointed to what he said was a call by Dr Selim in 2006 for sharia in Ireland, as an example.*

“That is not true. It is completely not true,” Dr Selim said. “If your understanding of sharia law refers to justice, equality, freedom of belief, freedom of practice, then that is what I support . . . I believe Irish law is the same thing.”

To claim he wanted to see a Muslim theocracy in Ireland was “a joke”.

Then there was his 2014 book Islam and Education in Ireland, where he called for “a revolution of inclusivity” in Irish schools with separate PE facilities for Muslim girls and acknowledgement of Muslim festivals. He also criticised religious and sexual education programmes, music and drama classes, which might lead to “a clash of values” with Islam in schools.

It prompted a strong reaction from the Islamic Foundation of Ireland ) on Dublin’s South Circular Road and the Islamic Cultural Centre of Ireland at Blanchardstown. They praised Irish schools for being “very accommodating” to Muslim children.

What he said then was “meant to open a discussion”.

So why has Clonskeagh and he in particular been such a regular target for some other Muslims in Ireland?

“You have named two people [Imam al-Qadri and Imam Noonan], but in Ireland we have approximately 78 places of worship for Muslims, led by Imams. If two people do not agree with you, I think you are really successful,” he said.