Claims of ‘physical and emotional’ harm to girl not reported to Garda, review finds 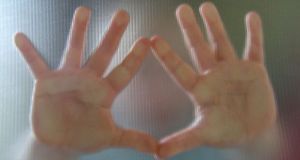 For over four years, the young girl’s case was not allocated to a social worker and from 2008 to 2011 a “number of serious referrals about risk” were sent to the social work department but “none of them received an appropriate response”. Photograph: iStock

There were repeated failures by social workers to investigate “serious and substantiated allegations of physical and emotional abuse” of a child by her mother, and a failure to report concerns to gardaí, a confidential review has found.

The young girl, Amy*, was returned from a foster placement back to her mother’s home where she had been subject to alleged emotional and physical abuse, despite concerns from several professionals over the inability of her mother to care for her, a review of her case found.

Despite repeated referrals by several professionals to the Laois-Offaly social work department, the young girl’s case was left unallocated without a social worker for over four years.

An expert review of how the social work department handled the case was completed in May 2015 but its findings have never been made public. The review, seen by The Irish Times, found several “significant allegations” of physical abuse were “not adequately addressed”.

The confidential review was conducted by childcare expert Lynne Peyton and commissioned by Tusla, the Child and Family Agency, due to a service director’s concerns for how the case was handled. Tusla took over responsibility for social services from the Health Service Executive in 2014.

Amy was “exposed to ongoing emotional neglect, and to both physical and emotional abuse by her mother”, the review found.

The mother admitted to several incidents of “inappropriate physical assaults”, and told professionals on occasions “that she did not want Amy or that she would ‘kill her’”, the review said.

The highly critical review said it was not evident why “serious and substantiated allegations of physical and emotional abuse in 2013, 2014 and 2015 were not reported to An Garda Síochána and did not trigger a child protection conference”.

For over four years, the young girl’s case was not allocated to a social worker and from 2008 to 2011 a “number of serious referrals about risk” to the child were sent to the social work department but “none of them received an appropriate response”, the review found.

The review concluded there were “major gaps in the social work support” provided to the child.

It said it was “concerning that a child protection and welfare case of such significant concern would be unallocated for more than four years” and that the social work department had “no apparent protocols for responding to serious referrals” about Amy’s care from senior professionals in other services.

In early 2012, Amy was taken into care and placed with a foster family, but two years later was returned to her mother despite concerns from professionals over her ability to care for her, the review found.

The Laois-Offaly social work department was embroiled in a major controversy in 2015 over a large backlog of cases which were left unassessed and unallocated – which staff told the reviewer may have contributed to referrals about Amy not being addressed.

A Tusla spokeswoman said the agency could not comment on individual cases but a “service improvement plan” had led to significant reforms in Laois-Offaly in recent years.

*The name of the child has been changed to protect her identity.