Gap between retirement and getting State pension set to widen

‘It is a scandal. Enda Kenny got to go off with a nice package and he doesn’t have to wait’ 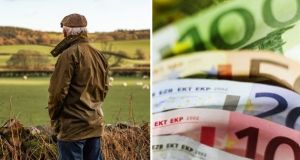 The pension age is rising and a growing number of older people are being affected.

During the three years between his retirement and getting the pension, he will be entitled to Jobseekers’ Benefit. It is €203 per week, while the State pension is €248 per week – a difference of €2,340 a year.

In addition, while on jobseekers’ he will have to prove he is actively looking for work.

“It’s a scandal,” says Mr Heavy. “I am very angry about it. I wouldn’t mind working a couple of extra years but they don’t want people working in the factory whose health is going downhill and what have you. I’m talking about it now because there’s no point talking about it when I’m 65.”

Mr Heavey never married and has no children. He lives in a rural area. As an only child he inherited the family home, so has no mortgage or rental costs.

“I shell out about €300 a week on food, heating, petrol and all the other bills. They are after throwing so much at us. I have to get the car NCT, there’s the property tax, keeping the septic tank in order. I have car insurance, car tax. What else are they going to take? This is an emergency. It’s not only me. It’s thousands of people being affected. They have to look at this again,” he says.

“I have worked all my life, paid my tax and I have to wait three years for my pension. It is a scandal. Enda Kenny got to go off with a nice package and he doesn’t have to wait.”

The pension age is rising and a growing number of older people are being affected. In 2014, the age of entitlement to the State pension increased from 65 to 66 years. Next year it increases to 67 and from 2028 retirees will have to wait until they are 68.

Siptu will on Thursday publish a document, Stop 67, as part of a campaign to halt further increases in the pension age. The union says the increases were “implemented with little consultation or debate” and though “supposedly” introduced for budgetary reasons “the Government has yet to publish a detailed impact on the public finances”.

What is the saving?

The union says the average retirement age across the 36 OECD (Organisation for Economic Co-operation and Development) member states by 2050 will be 66 years. Yet there are “far fewer older people” in Ireland – nearly 30 per cent fewer than in other EU countries.

Minister for Finance Paschal Donohoe last week said the Government would press ahead with increasing the State pension age, arguing it would cost €200 million a year not to and asking where this money would come from.

Siptu, however, said it could be paid out of the surplus in the Social Insurance Fund, which is about €1 billion a year.