Thinking Anew – ‘The Lord is with you’ 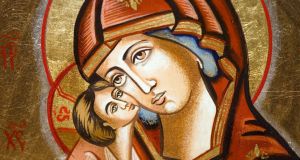 With the current state of affairs within Irish Christian communities there is a belief among some that young people are not being taught their faith as was in the past, hence the fall-off in religious practice.

The following observation puts paid to that thinking.

Some years ago, there was a heated discussion in a newsroom about the meaning of today’s feast. One side said that it celebrated the belief that Jesus was immaculately conceived; the other group got it right and said the feast was about the Christian tradition that Mary was born free of original sin.

It is not an apocryphal story as I was there and witnessed it. And the majority of people involved in that discussion grew up in “old-fashioned” Ireland, when as some would have you believe, religion was taught properly!

We must ask what sort of teaching or catechesis have we ever had about the tradition, faith and history of the religion into which we have been born? History, our life stories, our perceptions are constantly evolving. Change is a central theme to the development of human beings.

I can imagine that many who have been born into the Christian faith in Ireland will not pay any attention to today’s feast day. Maybe the common perception of the unreal “piousity” as distinct from piety, surrounding the life and times of Mary have not just touched a chord with “ordinary people” but indeed alienated them from getting to grips with any sort of faith that has meaning in their lives.

In today’s Gospel we read: “Rejoice, so highly favoured! The Lord is with you.” (Luke 1: 28) Every time I see women speaking, writing and carrying banners supporting the #MeToo campaign I’m prompted to recall the great privilege that God bestowed on Mary.

As a result of Mary’s special role in being singled out to be the mother of God, anyone who infringes on the dignity of any human being but especially on the dignity of a woman, be she my mother, your mother, sister, lover, that person is flying in the face of God.

There is often good reason to criticise the Catholic Church for its patriarchal stance, but it should never be forgotten the special role Mary has played in the Christian tradition.

I can well imagine a modern Mary would be out there carrying her #MeToo placards. Because at the core of Christianity is the idea of liberation from all evil, wrongdoing and enslavement. And we all know how women have been enslaved in front of our eyes and continue to be so treated.

Tomorrow is the second Sunday of Advent, and in the Gospel reading we read that famous passage from St Luke how “A voice cries in the wilderness:/Prepare a way for the Lord,/make his paths straight.” (Luke 3: 4)

A prophet cries in the wilderness. Often prophets are not appreciated or made welcome. The job, the challenge of the prophet is to nudge us towards God. Just as Mary is considered highly because the Lord is with her, we too should consider ourselves highly favoured. We need to appreciate our closeness to God. Maybe in the times we are living there is far too negative an attitude to the power of God and how he loves us. It’s not for us to tamper with or try to limit God’s love.

Every day in my work as a hospital chaplain I see first-hand the evidence of God’s love in the people I meet and with whom I work.

We have every reason to believe that we too are highly favoured as was Mary.