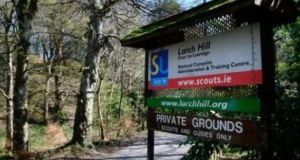 Child sexual abuse was “tolerated” at the highest levels of former scouting organisations, with the crimes of those who preyed on children covered up to protect the reputation of the movement, a damning report has concluded. Photograph: The Irish Times

Child sexual abuse was “tolerated” at the highest levels of former scouting organisations, with the crimes of those who preyed on children covered up to protect the reputation of the movement, a damning report has concluded.

There is evidence that groups of sex offenders operated at the top of Scouting Ireland’s legacy organisations to protect each other and “facilitate” child abuse, a report by child protection expert Ian Elliott found.

The Government is to consider the findings of the report and decide whether a statutory inquiry into the historic abuse may be required. However, there are concerns over whether such an inquiry would be able to uncover substantially more information, according to sources.

Scouting Ireland made a full organisational apology on foot of the report’s publication on Thursday. The historic abuse relates to the Catholic Boy Scouts of Ireland (CBSI) and the Scout Association of Ireland, which merged to form Scouting Ireland in 2004.

The report said one of the legacy bodies was a “seriously dysfunctional organisation”, with “sex offenders dominating the leadership for decades”.

The culture of the former organisations were defined by “cronyism” and poor governance, which led to a consistent failure to report child abuse to authorities, it said. There was an “almost complete absence of any concern for the young people who were abused”, the report found.

Scouting Ireland has now identified 356 alleged victims of historic abuse, and 275 alleged perpetrators, who primarily operated between the 1960s and 1990s.

Mr Elliott had been investigating the scale of the historical abuse on behalf of Scouting Ireland for more than a year. His work was limited due to current Garda investigations into several alleged abusers, and a “systematic failure” of the former organisations to maintain records on abuse allegations, the report said.

In one case an alleged abuser who held a senior position kept child abuse case files at his home, to prevent the incidents being investigated, it said.

The “negligence” of Scouting Ireland in failing to secure records related to abuse cases upon the merger of the two former bodies meant the “full extent” of the past abuse cannot be known, the report said.

There was a “close link” between CBSI and the Catholic Church, and the report said some clerical sex offenders found “acceptance of their practices” in the scouting body, particularly during the 1980s and 1990s.

“Some people who were not themselves offenders were complicit in the cover-up of credible allegations of abuse, with the intention of protecting the scouting movement,” the report said.

Even in cases where volunteers were facing multiple abuse allegations, “attempts were made to suppress these allegations being acted upon”, it said.

There is evidence that sex offenders operated in groups at the top level of the legacy organisations, “preventing any attempts to hold an alleged offender accountable for their actions if they were part of their group”, the report said.

This culture of cronyism resulted in individuals facing abuse allegations being moved “sideways” or promoted within the organisations, rather than removed. This occurred to the extent abuse was “known about and tolerated” in some situations, and abusers “protected”, the report said.

Individuals facing child abuse allegations were permitted to move between scout troops, or between the two legacy organisations, it said.

Minister for Children Katherine Zappone said the report “lays bare the horrors of what happened when sex offenders gained positions of power and became untouchable”,

Adrian Tennant, chairman of Scouting Ireland’s board, said the organisation apologised unreservedly “to the victims and survivors of abuse in scouting who were failed”.

Mr Tennant said sexual predators had “used the movement” to prey upon young people and “destroy lives”. The youth organisation accepted the findings of Mr Elliott’s report in full and would implement its recommendations, he said.

Pubs not to reopen and restrictions to remain on all gatherings, Cabinet decides 19:03
Rainfall warnings issued for Kerry, Cork and Clare 18:52
Court approves €35,000 payment to family of infant who died hours after birth 18:36
Former TV presenter dies after car enters water in Co Down 18:02
Ireland needs to move to ‘zero-Covid’ policy to avoid catastrophe, scientists say 17:48