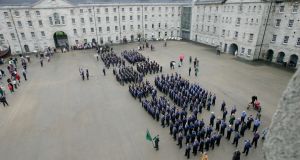 Evidence now shows groups of sex offenders operated at the top levels of the legacy organisations to protect each other.File Photograph: Aidan Crawley

The sexual abuse of vulnerable children was both “facilitated” and “tolerated” at the highest levels of Scouting Ireland’s legacy organisations, with abuse covered up in order to protect the reputation of the scouting movement.

Serial child abusers were protected by a culture of “cronyism”, and evidence now shows groups of sex offenders operated at the top levels of the legacy organisations to protect each other.

The historic abuse relates to the Catholic Boy Scouts of Ireland and the Scout Association of Ireland, which merged to form Scouting Ireland in 2004.

We now know there are 356 alleged victims of past abuse, with 275 alleged perpetrators operating at times with impunity to prey on children, primarily between the 1960s and 1990s.

Child protection expert Ian Elliott’s comprehensive report into the scandal found one of the legacy bodies was a “seriously dysfunctional organisation” with “sex offenders dominating the leadership for decades”.

But it is not simply the fact that the abuse took place. The most damning revelations are the extent to which former senior figures in the legacy organisations knew about the crimes but failed to act, at times actively covering it up.

The report shines a light into another dark corner of Ireland’s past, and goes some way towards providing truth to those who were betrayed as children, and have been living with the damage in the decades since.

The scouting movement in Ireland is more than a century old and holds honour and loyalty among its core tenets.

The report laid bare how the trust of parents to place their children in the care of the two former organisations, and the trust children themselves had in scout leaders in positions of authority, was broken in the most grievous manner.

Loyalty was shown by senior figures not to the victims, but often to the perpetrators. To protect the reputation of the institution above the children within it. In that sense this report and its harrowing details, will likely prove to be the movement’s darkest hour.

Scouting Ireland has issued a full apology over the past abuse, and repeatedly stressed that reforms over the past two years have improved current safeguarding standards. It currently has more than 12,000 adult volunteers and 40,000 youth members, many who will attest to its huge value to their own lives.

The youth organisation has been beset with controversies for much of the past two years, following revelations first reported in The Irish Times over the flawed handling of a rape allegation concerning two adult volunteers.

The question will now shift to whether the Government should launch a statutory inquiry into the historic abuse scandal, which it previously stated it was considering.

Such an inquiry would likely face similar challenges Elliott ran up against during his investigation, such as a lack of historic records on abuse cases.

Elliott’s report stated that some individuals who he interviewed provided “only a limited amount of information” and in his opinion “had more to tell but did not see fit to do so within this process”. Here a statutory inquiry would have stronger powers of investigation to potentially delve deeper.

While we now for the first time have a damning picture of the extent children were failed in the legacy organisations, abuse survivors may justifiably feel some further questions remain – that only a full State inquiry can try to answer.