Elliott feared there could be ‘thousands’ of scout abuse victims 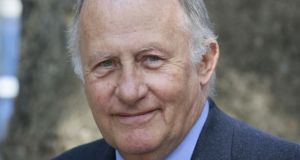 Child protection expert Ian Elliott’s scathing report painted a comprehensive picture of the scale of the historic abuse, but it is unlikely to be the final chapter in the scandal. Photograph: Nick Bradshaw

It was the day after Scouting Ireland had elected an entirely new board as part of an overhaul of the youth organisation’s governance. The 10 new board members filed into the Bonnington Hotel, north Dublin, on Sunday, October 7th, 2018, for a briefing from child protection expert Ian Elliott, who had been advising the organisation.

There was a sense of enthusiasm among the new directors, that a decisive step had been taken the previous day to draw a line under public controversies and in-fighting which had dogged Scouting Ireland for months. Then Mr Elliott began to speak.

Documents uncovered as part of an initial internal review appeared to show past child sexual abuse “was known about and may or may not have been responded to” in legacy scouting organisations, he said.

It was “reasonable to suggest” that the potential number of victims of past child abuse in scouting “could be in the many hundreds if not thousands”, he told the board members.

What followed was a moment of “absolute shocked silence” as the 10 directors looked at each other, one board member recalls. The mood, previously optimistic, had turned to “disgust”, the director said.

The abuse had taken place in the Catholic Boy Scouts of Ireland (CBSI) and the Scout Association of Ireland, which merged to form Scouting Ireland in 2004.

Scouting Ireland’s current board chair Adrian Tennant said after the bombshell meeting with Mr Elliott the group “knew this information had to be brought into the public domain”.

Since learning of the abuse scandal Scouting Ireland had sought to “own” responsibility for facing up to the past failings, he said.

On Thursday of this week, Mr Elliott published a final report on the historical abuse, commissioned by Scouting Ireland. It found child sexual abuse was “tolerated” at the highest levels of former scouting organisations, with the crimes covered up to protect the reputation of the movement.

The culture of the former organisations were defined by “cronyism” and poor governance, which led to a consistent failure to report child abuse to authorities, it said.

The report said one of the legacy bodies was a “seriously dysfunctional organisation”, with “sex offenders dominating the leadership for decades”.

It also found a “systematic failure” of the organisations to maintain records on abuse allegations. The Government is now considering whether a statutory inquiry into the past abuse is required.

Scouting Ireland has 40,000 youth members and 13,000 adult volunteers, with hundreds of troops across the Republic and Northern Ireland.

It has now identified 356 alleged victims of historical abuse, and 275 alleged perpetrators, who primarily operated between the 1960s and 1990s. The organisation made a full apology to all past abuse survivors on foot of the report.

Dermot Lacey, a current Scouting Ireland board member, was involved in CBSI at a national level for several years from the late 1980s. “It was a personal shock, people that I knew were doing this, I had no inkling whatsoever, to see they did such appalling things,” he said.

There were fears at one stage the historical abuse scandal would threaten the entire future of Scouting Ireland.

In a meeting on December 10th, 2018, the then board chair Aisling Kelly told a room of senior volunteers a picture was emerging of “extensive, prolonged, and at times organised child sexual abuse”.

Ms Kelly told the meeting that if large numbers of survivors took legal cases against Scouting Ireland the resulting costs would “sink the organisation”.

Damages paid out in such cases can be substantial. One confidential settlement agreement concluded in recent years, seen by The Irish Times, shows Scouting Ireland agreed to pay more than €100,000 to a man who had alleged he was abused in CBSI as a child.

Abuse scandals in other scouting organisations have resulted in huge financial costs. In February 2020, the Boys Scouts of America filed for bankruptcy due to lawsuits from thousands of alleged abuse survivors.

However, a tsunami of legal cases against Scouting Ireland did not materialise. Scouting Ireland chief executive Anne Griffin said on Thursday there were just under 40 individuals currently seeking to sue the organisation over alleged past abuse.

Scouting Ireland has put aside €2.5 million to cover the costs of legal claims and cases from survivors. It has also set up a support fund to pay for private counselling for survivors.

While Mr Elliott’s scathing report painted a comprehensive picture of the scale of the historic abuse, it is unlikely to be the final chapter in the scandal.