Taskforce established to help tourism recover from devastation of Covid-19 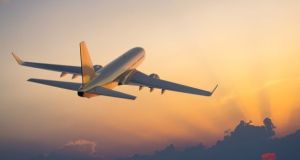 Tourism was one of the key drivers of economic recovery after the last economic crash but the ability of the sector to lead the recovery this time is in grave doubt.

Social distancing of one metre rather than two in hotels should be the norm, a member of the Government’s new Tourism Recovery Taskforce has said.

Elaina Fitzgerald Kane, president of the Irish Hotels Federation (IHF), was appointed by the Minister for Tourism Shane Ross to the new taskforce on Wednesday. It has been tasked with identifying measures required to enable Irish tourism to recover from the devastating effects of Covid-19.

Just last week Ms Kane and the IHF told the Minister that reopening hotels with a two metre social distancing rule could be unprofitable. If the two metres rule remains she said many hotels would not be able to reopen.

She also said VAT is very high up the agenda of the IHF. “That and a continuance of the wage support scheme if some of us are to reopen at all.”

Ms Fitzgerald Kane was speaking from the Woodlands House Hotel and Spa in Adare, Co Limerick, which like 85 per cent of the State’s hotels has been closed since March.

Tourism was one of the key drivers of economic recovery after the last economic crash with events like The Gathering in 2013, she said but the ability of the sector to lead the recovery this time is in grave doubt.

“Ninety thousand new jobs were created [in the Republic] by the industry since 2011,” she added.

While hotels may reopen on July 20th, foreign tours have been mostly cancelled. There has been no revenue stream for months and in future there will be severe restrictions on local events, with bars still closed and diners practicing social distancing.

Industry sources are speaking openly of the prospect that it may be next St Patrick’s Day before some semblance of normality returns.

That scenario could see many hotels simply not reopening.

“We need to see the detail of the Government’s support package but VAT is critical. There is little point in giving the industry loans because it saddles businesses with more debt on lower revenues”. The Government support for workers is useful, Ms Fitzgerald Kane said, but it has to remain in place for some time until business returns”.

The Irish Tourist Industry Confederation said 75 per cent of Ireland’s tourism economy was based on international visitation, and little if any of that business was expected for the remainder of 2020.

It called for the new programme for government to have tourism recovery as one of its central planks. “The incoming Government must support Ireland’s tourism industry without delay and a minister with serious economic clout must be given a seat at the Cabinet table with responsibility for tourism”, it said.

Announcing the taskforce Mr Ross said the tourism sector had been near decimated by the current Covid-19 crisis. “The vast majority of people working in this sector have either been laid off or are availing of the temporary wage subsidy scheme. There is a real risk that our communities, towns and cities will not recover from this devastating loss of income, employment and business. This cannot be allowed to happen” he said.

“In order to ensure that the tourism sector can emerge from this pandemic ready for business, we need to plan early, plan well and plan together. To this end I am pleased to announce the formation of a dedicated tourism recovery taskforce, made up of leaders from varying sections of the industry, who will work together to deal with the many challenges ahead in a dynamic and innovative manner”.