Smear testing needs to be carried out with full accountability, rally hears 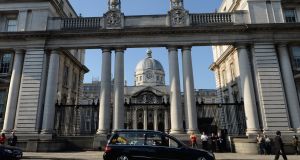 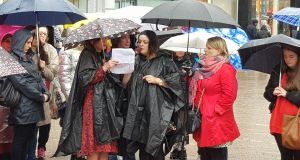 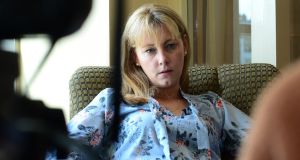 The Government must ensure that all cervical smear testing is carried out in Ireland with full accountability, a rally to highlight the issue and remember cervical cancer campaigner, Emma Mhic Mhathúna was told in Cork on Saturday.

Campaigner Lisa Bermingham told the rally organised by the Cork branch of Women’s Lives Matters that Minister for Health Simon Harris must ensure delivery of a cervical cancer screening programme that Irish women can have confidence in as a matter of urgency.

Criticising the lack of leadership in the cervical screening programme, CervicalCheck, Ms Bermingham said the focus must now be on ensuring that the deaths of Emma Mhic Mhathúna and other women who lost their lives because of the CervicalCheck failings were not in vain.

“It is important to note that we stand here today for all the women of our country. No woman in Ireland is safe from the atrocity that has happened because of CervicalCheck and the substandard screening we are currently receiving – it could be anyone of us in the morning faced with this.”

She had sued the HSE and US laboratory Quest Diagnostics Incorporated and was awarded €7.5 million last June. She died last Sunday.

Ms Bermingham told the rally in Patrick Street that while Mr Harris had responded to the news of Ms Mhic Mhathúna’s death last Sunday with a pledge to deliver a proper cervical screening programme, the Government had failed to make proper provision for it in this year’s budget.

Bad weather limited numbers at the rally but up to 200 women and men – many wearing red as a symbol to highlight the controversy – braved driving rain to march from Bishop Lucey Park in silent protest down Oliver Plunkett Street to the rally on Patrick Street.

Cork campaigner, Mandy Quinlan paid tribute to Ms Mhic Mhathúna, saying her death had devastated people all over Ireland as she recalled how they all marvelled at her courage, dignity and humour as she fought tirelessly for justice for those affected by the CervicalCheck scandal.

“She did so while battling a terminal illness and staring death in the face – a true warrior in the face of adversity and we, the women of this country, will be entirely grateful to her – she was a wonderful mother to her children and they, along with her bravery and courage, will be her legacy

“Emma’s death was both untimely and unnecessary – It was the direct result of an incorrect reading of a smear result in 2013 and when this came to light, CervicalCheck, the HSE and our government chose to withhold this information regarding her health.

“In the meanwhile Emma’s cancer continued to develop and she was robbed of any opportunity of early treatment and she was later informed that her diagnosis was now terminal – CervicalCheck, the HSE and our government all have blood on their hands – Emma was failed on every level.”