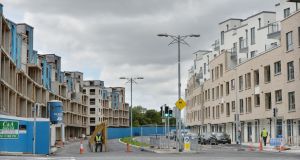 New Priory estate: Of the 105 newly completed apartments, 49 are being sold on the open market, 39 will be used for social housing and 17 will be handed back to buy-to-let investors. File photograph: Alan Betson/The Irish Times 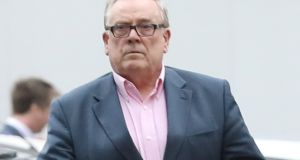 The cost of rebuilding Priory Hall, the notorious fire-trap Dublin apartment complex, will exceed €50 million which is five times more than originally estimated.

Sales of apartments in the revamped and renamed New Priory estate are due to be completed by the end of next month. But they will fall far short of meeting the costs of redevelopment, leaving the State with an expected shortfall of some €40 million.

Dublin City Council is in the final stages of completing reconstruction of the complex of 187 apartments, which was built in 2007 by developer Thomas McFeely, a former IRA hunger striker.

The council expects to have sold the last 49 apartments in the coming weeks for almost €13 million, or an average of €260,000 each.

Work to rebuild the complex, which was evacuated on the orders of the High Court in October 2011 because of fire risks to the 256 residents, began in 2014 and the first phase of 60 apartments was completed in 2016. Of this first phase, 43 apartments sold in a matter of days for just over €7 million.

Nine refurbished apartments were retained for social housing and eight were handed back to buy-to-let owners who had been given a stay on their mortgages for the duration of reconstruction.

The council has now finished the second and final phase of the project, bringing the total number of revamped apartments to 165. Some smaller apartments in the original complex were amalgamated to provide larger homes.

Of the 105 newly completed apartments, 49 are being sold on the open market, 39 will be used for social housing and 17 will be handed back to buy-to-let investors.

While they are expected to achieve average prices of about €100,000 more than in 2016, the profits will come nowhere close to covering the cost of redevelopment which the council now expects to reach €52 million.

In 2013 the council agreed to take over the complex and refurbish it at a cost of €10 million. This was to be funded by the exchequer but recouped through the sale of apartments.

Under a resolution process overseen by Dr Martin McAleese, banks agreed to write off debts of 62 owner-occupiers at the complex and some 25 buy-to-let owners were given a moratorium on mortgage payments.

However when work began in mid-2014 it emerged that far more extensive reconstruction was needed, including the removal of foundations containing the structurally-damaging mineral pyrite, and costs rose to €27 million.

By 2016 the cost estimate had risen to more than €36 million, largely due to construction-price inflation.

Total sales are expected to reach just under €21 million, but repayments to the banks will suck up half of this. The council can reclaim VAT refunds of about €2.5 million, but this still leaves the State about €40 million out of pocket.