Government offers suggestions on how to navigate Christmas safely

Restaurants already heavily booked ahead of their reopening 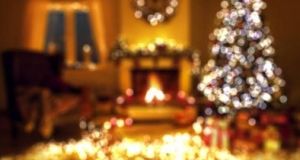 Advance booking for Mass, no sitting on Santa’s lap and off-peak shopping are among the Government’s suggestions for navigating Christmas safely as the country prepares to open up for a festive season like no other.

“When meeting people over the period, there will always be an incidence of risk,” she said.

People are being urged to plan Christmas Day carefully, keeping the guest list short and limiting close contacts in the days and weeks before.

Extra space should be put between seats where possible, and people from the same household should sit together. Those cooking and serving food should wears masks and limit the numbers in the kitchen.

Ventilation is encouraged, with doors and windows kept open where possible. People should spend time outside.

Meanwhile, children should take care too. “I think it’s self-evident that you won’t be sitting on Santa’s lap,” said Ms Canavan.

Religious services will be able to have 50 people attending. As under Level 5, funerals with mourners of up to 25 and weddings with guests of up to 25 are allowed.

People should shop during off-peak hours when possible.

Museums and galleries can open from today (Tuesday), as can cinemas when protective measures are in place. However, no organised indoor events such as theatre, etc, are permitted.

Non-contact sports with up to 15 people can take place, but only individual training can take place indoors, including gyms, so group exercise classes are out.

Matches except for professional and elite sports are not permitted.

Household mixing is not permitted until December 18th, but two households can meet outside. Face coverings should be worn in crowded places, even outside.

Meanwhile, restaurants are already heavily booked until Christmas ahead of their reopening this weekend, following an “absolutely huge” rise in bookings in recent days, according to the industry.

Few options are already available in Dublin between 7pm and 9pm Thursdays/Sundays, with many only offering time slots as early as 5:30pm for dinner reservations.

Denise McBrien of the Old Spot on Bath Avenue in Dublin 4 said bookings began to flood in following last Friday’s reopening declaration. “It has been ringing ever since,” she said.

Also reporting strong bookings, executive chef of Dublin restaurants Sole on South William Street and Fire on Dawson Street, Richie Wilson said the numbers who could be served would be down because 40 per cent of tables have had to be removed.

He said new challenges would have to be faced this Christmas. In the past people met up in the pub and came to the restaurant together. “Now they will all be arriving separately, so delays in seating and serving people are inevitable.”

Equally there would be issues at the end of the evening as people must leave by 11pm. “I think having the same closing time for all restaurants could see large crowds on the street after that, and long queues at taxi ranks.”

Meanwhile, most hairdressers are “fully booked” for December, the Irish Hairdressers Federation has said. Capacity would be lower than usual because of Covid-19 restrictions.