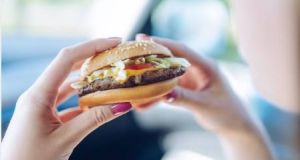 Sinn Féin leader Mary Lou McDonald has accused Taoiseach Leo Varadkar of political spin over comments he made recently about the need to reduce meat consumption to lessen the impact of climate change.

Ms McDonald pointed to what she said were contradictory messages from the Taoiseach. On the one hand, people were being told they should eat less meat to protect the environment, while on the other the State supported an agricultural system that supported large-scale producers and imported “massive quantities of beef” from overseas.

She said that while climate change was “the challenge of our generation”, it had to be met “with a steady head and not spin”.

Speaking on RTÉ’s This Week programme on Sunday afternoon, the Sinn Féin leader said measures aimed at reducing meat consumption in Ireland should not be taken at the expense of family farms.

“If we are going to be environmentally friendly, if we care about climate change, let’s radically overhaul our agriculture policy and put the focus and incentives on family farms [and] not demonise people who are struggling or land them with big fat bills which they cannot meet.”

He said measures aimed at lessening the harmful impact of intensive farming on the environment should be directed at large producers, not family farms.

He pointed to a large volume of research which suggested that if people ate less meat it was better for their health and for the larger economy, but said an overhaul of how farming was funded in Ireland was required.

He said farmers should be incentivised to develop more environmentally friendly and sustainable farming methods, while farmers growing fruit and vegetables should receive larger grants, with the emphasis placed on supporting small-scale farmers rather than larger producers.