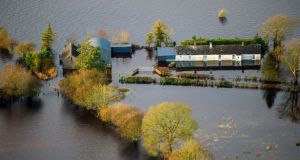 The latest analysis of weather patterns in the US shows the world is likely to facing a warmer, wetter climate combined with more frequent, intense thunderstorms.

The study, which processed a vast amount of US data, has implications for Ireland as it provides more accurate details on the likely threat of summer thunderstorms that are also projected to increase in frequency and intensity – and often bring flash floods.

Scientists at Colorado State University attempted to find out what would today’s weather patterns look like in a warmer, wetter atmosphere. Research published this week by Dr Kristen Rasmussen offers new insight on what’s likely to happen. Specifically, she looked at how thunderstorms would behave differently in a warmer world.

Her team’s findings published in Climate Dynamics are based on high-resolution climate simulations across the continental US. The results suggest extreme thunderstorms, what atmospheric scientists call “convective systems”, will increase in frequency under a warmer climate scenario. These weather events are different to cyclonic rainfall (in form of fronts) arising over the ocean.

Climate scientist Dr Conor Murphy of Maynooth University said the results bring more better predictability to convection events; typically when cloud forms due to heat on the ground and a thunderstorm follows.

In Ireland, a significant amount of summer rainfall comes from convection events, he added. With such events predicted to become more common and bring associated flooding, the new model deployed in Colorado could potentially fill a knowledge gap on what is likely to happen in Ireland. 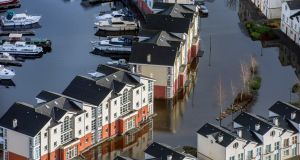 This would help reduce uncertainty around “high intensity thunderstorms that drop a lot of rain in a short period”, said Dr Murphy, especially in relation to fluvial flooding and impacts on urban areas – and help inform how best to respond.

Using climate models, scientists can play “what-if scenarios” and input either current conditions or hypothetical conditions and watch the Earth’s climate evolve within the simulation. Dr Rasmussen employed a powerful new dataset developed by the National Center for Atmospheric Research in Colorado.

The scientists deployed the national center’s weather research and forecasting model at an extremely high resolution of about 4km across the entire US – ie taking weather data from a point every 4km. Typical climate models only resolve to about 100km. Included in the fresh data are more accurate evaluations of cloud dynamics leading to storms.

The first simulation included US weather patterns from 2000-2013. The second simulation overlaid that same weather data with a “pseudo global warming” scenario that assumes a two- to three-degree increase in average temperature and a doubling of atmospheric CO2 – likely to occur this century if the world does not reduce current levels of greenhouse gas emissions.

Meanwhile, a separate study, published on Tuesday by climate scientists at the National Centre for Atmospheric Science in the University of Reading, raises the prospect of much better forecasting of summer weather in Ireland months in advance.

A specific pattern of summertime atmospheric circulation over western Europe is predictable from the previous spring, based on North Atlantic sea-surface temperatures. The pattern “has a particularly strong influence on rainfall in the British Isles and in the north coast of France, which we find can also be predicted months ahead with significant skill”, they conclude.

Other research this week concludes 2017 will be the warmest year in history without an El Niño. Data released separately by the National Aeronautics and Space Administration and National Oceanic and Atmospheric Administration show that on every continent and in every ocean basin, remarkable warmth has lingered worldwide from last year’s record-breaking heights.

This year will almost certainly end up as either the second- or third-warmest year since humans began keeping close track more than 120 years ago.