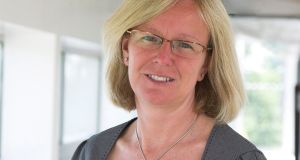 Ireland achieved a significant 4.5 per cent reduction in greenhouse gas emissions in 2019 in spite of a growing economy, marking the largest decline since 2011, according to provisional EPA figures.

The year saw significant reductions in the energy sector due to reduced coal and peat use in power generation – renewables, mostly wind, accounted for 37.6 per cent of electricity generated – while there was a 3.9 per cent reduction in agriculture. Residential emissions fell by 7.3 per cent, largely due to a warmer winter compared with 2018.

Despite the decreases, “Ireland is still not on the pathway required to meet future targets and a climate-neutral economy”, the EPA warns. Further reductions in 2020 due to Covid-19 will not be sufficient to get the country back on track, it concludes.

The EPA has responsibility for charting Irish emissions, a complex process that means the latest data is from 2019.

Decreases in the energy, agriculture and residential sectors coincided “with modest growth in the domestic economy of 1.7 per cent over the year”. Rising emissions have all too often been linked to economic growth in the past.

The figures, however, indicate Ireland will exceed its 2019 annual EU emissions allocation by 6.98 million tonnes of CO2 equivalent, “which makes it highly unlikely Ireland will meet its overall 2020 targets, even taking the impact of Covid-19 on emissions in 2020 into account”, according to the EPA. This is likely to result in “compliance costs” for the State running to tens of millions of euro.

EPA director general Laura Burke said: “This much-needed reduction in greenhouse gas emissions is a welcome step in the right direction. The figures show emissions reductions can be achieved.”

But if the 2020s are to be the decade of climate action, “this level of emission reductions, at a minimum, will be required annually”, she said.

“Therefore, these reductions need to be built on to achieve continual, substantial, year-on-year emissions reductions. It will take the implementation of effective measures, including all those committed to in the climate action plan, to put Ireland on the pathway to a carbon-neutral future,” she added.

Emission reductions have been driven by the following:

Agriculture: Emissions associated with farming decreased in 2019, driven by reduced fertiliser use (down 10 per cent) and reduced lime added to soils (down 25.4 per cent). “Other key drivers of emissions in agriculture, such as the number of dairy cows, continued to rise.”

Residential: The warmer winter resulted in decreased use of fuels in homes. However, emissions per household have plateaued in recent years, “which indicates a need to step up energy efficiency retrofit activity to achieve future emission reduction commitments”.

Transport: Emissions reduced only marginally despite an increase in biofuel use. Reducing transport emissions “requires a blend of measures such as more cycling and walking, as well as new technologies such as electric vehicles and biofuels”, the EPA says.

EPA senior manager Stephen Treacy said the 2019 figures illustrate where the economy and emissions were heading before the Covid-19 pandemic. “While 2020 is likely to see a reduction in emissions caused by the impact of the pandemic, this does not negate the need for long-term and sustained action,” he added.

Focusing on climate action as part of a “green” recovery offered the opportunity to respond to climate change while rebuilding the economy and generating new jobs, he believed.

The greenhouse gas emission inventory 1990 to 2019 is available at epa.ie.