For climate action to be fast it ‘must be fair’, says Mary Robinson 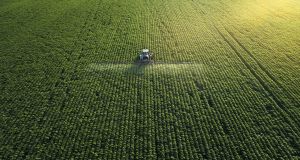 The report found there was ‘no real opposition to climate action; just opposition to lives being made more difficult’. Photograph: iStock

People care more about local development than climate action, so getting buy-in on decarbonising society will only be achieved by dialogue, community support and big participation at local level, according to a major EU report.

Compiled by Sean McCabe of the Dublin-based Think Tank for Action on Social Change (TASC), it highlights by case study the vulnerability of Irish farmers and, in turn, their local communities – as Europe scales up carbon emission reductions and pivots away from fossil fuels.

Supported by the Foundation for European Progressive Studies, it is hoped the report will inform the “Climate Pact”; the citizens-led component of the European green deal (EGD) due to be adopted next month.

Launched by former president of Ireland and climate campaigner Mary Robinson, its findings were supported by Diederik Samsom, head of cabinet in the office of European Commission vice-president Frans Timmermans, who is in charge of implementing the EGD.

The report took 18 months to complete, Mr McCabe said, including travelling around Ireland in September 2019 in a camper van consulting people; talking to food producers, farmers and fishermen to listen to their aspirations and concerns for the future. “I was surprised by their entrepreneurial and community spirit,” he added.

Difficulties for farmers were indicated by a scenario where they contribute most to Ireland’s carbon emissions, while the sector has the highest level of income inequality and was most at risk from climate change, Mr McCabe told an online briefing.

TASC propose a pioneering model, called “The People’s Transition”, to allow communities to share in the benefits of climate action and deliver on local development priorities – as well as assisting in the fight against climate disruption.

“People want a decent standard of living and they want to live in healthy and prosperous local communities. By putting people and communities at the heart of climate action and by co-creating solutions with them, decision makers will not only ensure that the action is fair, but also fast and more likely to succeed,” Mr McCabe observed.

This model approaches climate action as something that is going to boost community development and secure livelihoods first and foremost. “This is not rocket science, and neither is the model. But it does ask decision makers to empathise with the needs of local communities and then design climate action accordingly.”

The transition will be messy and require resources, he predicted, but without the full support of communities, “how do we expect to make the radical transformation required to avert catastrophic climate change?” he asked.

The model is designed to allow communities co-operatively own local solutions to the climate crisis in areas such as energy and agriculture.

The 2020 Climate Action Bill does not put enough emphasis on need for public participation in necessary climate action, he said.

“We need to make sure that legislation on climate change makes space for deep and meaningful participation. Otherwise we risk climate action that is blind to inequality and the challenges faced in daily life.”

Mrs Robinson said issues of fairness may seem to be inconveniences, but were critical to successful climate action without trampling on the rights of people in vulnerable situations. “Put simply, without fairness it will not be possible to get what needs to be done, done,” she added.

For climate action to be fast, it must be fair, she underlined. If it is perceived as being unfair it will be met by resistance and delay, Mrs Robinson said, citing how opposition arose through the yellow vest movement in France when a carbon tax was viewed as regressive and hitting communities hardest.

“Fairness builds social acceptance ... when people see their lives improved by climate action, then they will not only support it, they will demand it,” she believed.

Mr Samsom said a just transition was “front and centre” in the EGD; the conventional approach of repairing damage after a major economic transformation had taken place no longer applied. Moreover, the EGD was at the heart of Europe’s recovery strategy post-Covid-19.

Social Democrats TD Holly Cairns, who grew up on a small farm in south west Cork, said it was no longer possible to earn a living from 16 dairy cows, yet intensification of farming meant most Irish farmers today were operating at a loss. This was not helping to sustain their local communities, she added.

There was lack of ambition on decarbonising agriculture in the programme for government, she believed, meanwhile “communities most affected by climate change are most afraid of climate action”.