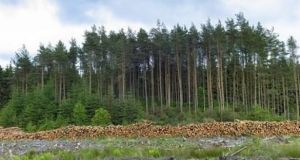 An independent study on the economic, social and environmental impacts of forestry in Co Leitrim has been commissioned by the Government.

An independent study on the economic, social and environmental impacts of forestry in Co Leitrim has been commissioned by the Government.

Minister of State at the Department of Agriculture Andrew Doyle said the study was in response to calls for a review of the effects of publicly-funded afforestation in the county.

The study will be led by Dr Áine Ní Dhubháin, senior lecturer in Agriculture and Forestry at the UCD School of Agriculture and Food Science. The terms of reference will be finalised shortly and the report will be concluded by late-summer.

Mr Doyle said the study would assist with making evidence-based policy decisions in relation to forestry in the county.

“There are widely differing and often contradictory claims reported about the economic, social and environmental impacts of land use change to forestry,” he said.

“It’s important that these claims are evidence based and the goal of this study is to review some of the common claims and perceptions made about forestry in Co Leitrim.

“Its findings can provide information to local communities and the wider sector so they understand the impacts of the expansion of the forest sector and will obviously help to inform Government policy on forestry, rural development and land use.”

Irish Farmers Association president Joe Healy said he hoped the study would inform debate and provide a greater understanding of the effects the expansion of the forest sector has on population, employment, incomes, biodiversity, and carbon sequestration.

“There are often differing claims reported on the impact of afforestation”, he said. “But one thing that is crystal clear is that local farmers and their families in Co Leitrim are very concerned about the impact it is having on their communities.

“There is a real need for this study. It will provide much needed information to address the concerns of rural communities, particularly in relation to the increased planting and ownership by people not living in the county”.