Universities face severe criticism over use of public funds 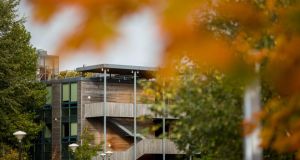 Serious concerns about the way many third-level colleges spend taxpayers’ money will be set out in a report to be published by the Dáil Committee of Public Accounts today.

The report is highly critical of several universities that have resisted declaring tens of millions of euro from private trusts and foundations in their accounts, despite pressure from regulators, according to well-informed sources.

It also raises concerns about unauthorised severance payments worth hundreds of thousands of euro, widespread noncompliance with procurement rules and significant financial losses linked to mismanagement.

Several colleges and universities are accused of misleading the Oireachtas committee and failing to provide full answers across a range of related issues.

The report also raises doubt about the Higher Education Authority’s capacity to oversee the sector, in the absence of sufficient staff numbers or resources.

A key area of concern relates to potential conflicts of interest among senior staff in third-level colleges who are shareholders in spin-out companies.

The report is critical, in particular, that policy in this area has been dictated by State bodies linked to industry rather than to education.

The report’s findings come at a sensitive time as university presidents argue that the sector is in financial crisis and urgently needs additional income to cope with rising student numbers and reductions in State funding.

The Government is seeking to make companies contribute more to higher education through a payroll levy. Student numbers are set to expand by 25 per cent over the coming decade.

A final draft of the public account committee’s report on financial issues in third-level education is due to be finalised this morning.

The University of Limerick previously told the committee that six-figure severance packages were paid to two staff as a result of employment relationships breaking down. But the institution went on to re-employ both people as consultants for a further three years.

DIT is criticised for not providing a full explanation for losses of more than €700,000 relating to an academic-journal supplier that went bankrupt.

The procedures over the handling of the sale of a spin-out company incorporated at WIT to a US multinational for €63 million is also criticised, given that it yielded just over €1.3 million for the institute.

The report notes that issues may extend to other third-level institutions whose accounts the committee did not examine in detail.

The draft recommendations the committee is examining include a requirement that universities declare all income from trusts and foundations. The report will also emphasise the need for a firmer policy on commercialising intellectual property and spin-out. This, it says, should be drawn up by education authorities.

The report examines the need for the Higher Education Authority to be properly resourced and given greater ability to hold the sector to account, as well as the potential for penalties against colleges that breach laws or other regulations.

In a statement last night a spokesman for the Department of Education said it has been working closely with the Higher Education Authority to strengthen higher-education governance in recent years.

The next rolling review will look into noncompliance of payments, including any payments to staff at higher-education institutions.

He added that the department and the authority have already acted to establish an independent review of governance, human-resources and financial practices at the University of Limerick. This review is due to be completed by the end of September.