Rights of children opting out of religion class ‘must be respected’ 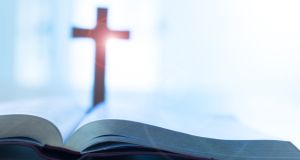 Catholic school managers say it is “over-prescriptive” to have to set out details of arrangements for students who do not wish to attend religious instruction.

Campaigners are calling for children who “opt out” of religious instruction classes to have their rights properly respected.

The issue has emerged as a key target of equality campaigners after Minister for Education Richard Bruton announced plans in recent weeks to lift the “baptism barrier” over admissions to Catholic primary schools.

A new schools admissions Bill being drafted by Mr Bruton will require all schools to publish, for the first time, the details of their provisions for pupils who decline to participate in religious instruction.

However, Equate, a campaign group which played a key role in highlighting the case for ending the baptism barrier, says this does not go far enough.

The group says detailed guidance is needed on “realistic alternatives” that can be provided to children.

Michael Barron, the group’s director, said mandatory guidance was needed from the Department setting out what appropriate measures should be in place for non-religions or minority faith children in denominational schools.

The UN Committee on the Rights of the Child also warned the State last year that it should provide accessible options for children to opt-out of religious classes.

Education Equality, another campaign group, says many children’s rights are not properly respected because of inadequate provisions for “opting out” of religious instruction.

It says families continue to experience inadequate respect for their beliefs when children are left to sit at the back of the class during religious instruction, absorbing much of the material being taught contrary to their parents’ wishes while also feeling excluded from the rest of their classmates.

Catholic school managers, however, say it is “over-prescriptive” to have to set out details of arrangements for students who do not wish to attend religious instruction.

The Catholic Primary Schools Managers Association told an Oireachtas committee earlier this year that schools were happy to comply with measures set out in law which permit students “not to attend instruction in any subject which is contrary to the conscience of the parent(s)”.

However, it said specific arrangements depend on the circumstances such as whether a number of children will not be attending together and whether the school is in a position to arrange for children to be accommodated in another class or separately.

It said these arrangements were best worked out with parents individually at the time of enrolment, when the specific wishes of the parents can be addressed.

The Catholic Schools Partnership (CSP), the educational office of Catholic bishops, has also said that its schools receive guidance on inclusivity and have led the way in integrating students from all faith traditions and none.

The group says its work in this area has been acknowledged by the ESRI and Department of Education inspectors’ reports, which have found an “overwhelming majority of parents and students find their schools to be well-managed and welcoming”.

The issue has also become a source of debate at second level, where one school management organisation recently called for new measures to address the needs of non-religious students.

Antoinette Nic Gearailt, president of the Association of Community & Comprehensive Schools, said more needed to be done to consider alternatives .

“We all recognise that we’re living in a rapidly changing society and it behoves all of us to consider new realities,” she told the association’s annual conference.

“If there is to be wider demand for withdrawal we need to consider what might be the alternative provision. Does the Junior Cycle knowledge-based programme cater for all; what might be the resource implications; what values do we want pass on?”