Private schools will ruck on despite new admission rules

The changes take aim at policies of such schools, but little will change on the ground 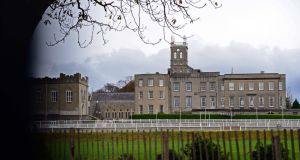 Blackrock College, Dublin: “Rockmen” were urged to join together to defeat the plans. Photograph: Eric Luke

Legislation due to come into force next year aims to make admissions policies fairer and more transparent for all schools.

A key element is a 25 per cent cap on the number of places that schools can set aside for children of past pupils. Another is a plan to end waiting lists within five years, so parents will be unable to secure automatic places for their children years in advance of enrolment.

Judging by the alarmed response of past-pupil groups in private schools to attempts to curb “old school tie” restrictions over recent years, the plans threaten not just their ethos but their very existence.

In a letter to members of the Blackrock College Union when the proposals were first mooted three years ago, fellow “Rockmen” were urged to join together to defeat the plans.

“The admissions policy [at Blackrock] has engendered a positive community spirit through many generations of ‘Rockmen’ and has never before been so unjustly challenged by the State,” wrote then union president Shane Murphy.

“Anything that potentially threatens the tradition where brothers and sons of past students can follow in the footsteps of their brothers and fathers through Blackrock College is a threat to that which many of us hold so dear.”

Belvedere past pupils’ union sent a similar letter to its Jesuit-educated alumni.

These groups were among a number that led a campaign against former minister for education Ruairí Quinn’s plans for a total ban on past pupils. He later watered this down to a 25 per cent cap.

There’s little doubt that the rules take aim at some restrictive policies practised by some elite schools. The fee-paying sector, in particular, has regularly been criticised as being virtually inaccessible to children of immigrants or those with special needs.

They will end the practice of a first-come, first-served policy that is considered unfair for new arrivals to an area.

For all that, the new admissions rules could hardly be described as an assault on privilege.

Private schools will continue to charge fees that are out of reach for most families. This means admissions reform will change little on the ground.

Far more significant is the fact that the fee-paying sector continues to have teaching staff paid for by the State to the tune of almost €100 million.

This is a controversial practice, given that all taxpayers end up subsidising educational institutions of privilege.

Private schools argue that ending this would send costs soaring, or result in schools entering the “free scheme” at even greater cost to the taxpayer.

There has, in any case, been little appetite to tackle this by successive governments. The power of the old school tie, it seems, will live on.