Why is it so hard for teachers from abroad to get a job? 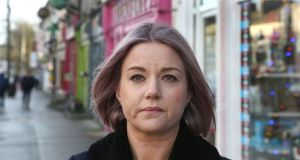 Aileen Harte, a history and geography teacher, has struggled to secure registration since returning from the UK last summer. Photograph: Joe O’Shaughnessy

Aileen Harte, a history and geography teacher, has no shortage of qualifications or experience.

She has a BA in heritage studies from Galway-Mayo Institute of Technology (GMIT), a master’s degree in archeology and a professional diploma in education.

She went on to become head of humanities and a member of senior management in a prestigious London school for almost seven years.

Yet, since moving back to Ireland last summer, she has found it impossible to get a job.

“It’s all very frustrating,” she says, “especially when I read articles suggesting there is a teacher shortage. There are many many more in my situation who really want to work. It’s a sad state of affairs when it’s easier to sign on for social welfare than take up available employment.”

Harte’s experience is shared by many other “out of State” teachers who say they face major obstacles returning to the classroom in Ireland.

Most say the process of securing registration from the Teaching Council – which is mandatory to secure a teaching post – is tied up with needless red-tape.

Some whisper the system is made deliberately difficult and a consequence of having a council that is, in effect, a self-regulatory body run by teachers.

All this comes at a time when teacher unions warn of a “crisis” in the supply of teachers in key subject areas.

The Teaching Council, however, insists that its measures are to protect the quality of the profession.

It says it is aware of frustration among teachers who have practised or qualified abroad and is reviewing its processes.

In Harte’s case, she says she has been told by the council that credits of modules she studied during her BA degree do not fulfil subject requirements.

“I wouldn’t have been accepted on a teacher training course if I didn’t have a compatible degree,” she argues.

“I can list the names of people who did the exact same course as I did, the same modules, who graduated the same time, and who on a yearly basis receive their Teaching Council registration renewal. How is my case different?”

The delays, she says, mean that her career has been on hold for months.

Unregistered teachers cannot be paid from public funds for a continuous period of more than five consecutive school days.

This makes applying for long-term substitution, maternity cover or permanent positions legally impossible and essentially puts her career on hold.

“Schools are understanding but they won’t entertain my CV for jobs because I have no registration. They can’t legally take me on. I have been offered work today. But I can’t take it up because of these rules, so I have to ‘take the day off.’”

She is also paid on a lower “unqualified” rate of pay, despite her qualifications being recognised elsewhere.

Harte says there are plenty of teachers in her position who are frustrated and want to work.

“All they wanted in England was a copy of your degree, your training, and Garda vetting,” she says.

Primary school teacher Nóirín de Barra has also had a frustrating experience of teacher registration, having trained at the University of Edinburgh and taught in England for a number of years at primary level.

“I started the process of registering for the Teaching Council in March 2017, and moved back to Ireland that September,” she says.

“It took a lot of time, money and I felt the things they were asking for were unreasonable. In England for example, I gave my certificate of qualifications and they accepted it. That was that.”

However, she says the Teaching Council wanted descriptions of every module she had taken in the University of Edinburgh – information which did not exist.

“So someone in the university had to write these descriptions up to please them,” says de Barra.

“There was a group of Irish people on my course and presumably they all had to do the same thing.”

De Barra, who speaks fluent Irish since childhood, also had to take An Scrúdú le hAghaidh Cáilíochta sa Ghaeilge, an Irish proficiency exam which costs €1,400 and requires three weeks’ attendance at a course in the Gaeltacht.

Although she understands the necessity of an exam to verify teachers’ Irish, she feels there should be recognition of prior Irish language skills.

“I met people who had grown up in the Gaeltacht but they still had to pay to attend a three-week course,” she says.

She also felt the main emphasis during the course was on learning answers and essays off to reproduce in the exam.

“There was little time spent on oral language, and building teachers’ confidence in using the language in the classroom,” she says.

“Before this, although the vast majority of teachers were qualified, not all were.”

He says the single most common cause of delay it comes across in out-of-State applications is incomplete documentation.

“About 50 per cent of the applicants at the moment have missing documents,” he says.

Ó Ruairc says the council has recently been tasked with developing a more streamlined applications process for the registration of teachers qualified outside Ireland.

This is on foot of the Government’s Teacher Supply Action Plan, published recently.

“Requirements such as module descriptors from degrees studied years ago, which many teachers have questioned the usefulness of, will be examined and where possible, the process will be simplified,” he says.

He says the council is also reviewing the criteria for “all post-primary subjects because I think there is a sense the requirements have become quite granular.”

The aim, he says, is to maintain the standard and level of qualification, while being more pragmatic over compliance with them.

Consultation should be finished by Christmas, with the new criteria being approved by the council by the first quarter of 2019, he says.

Ó Ruairc's advice for out-of-State teachers in the meantime is to start the application process as soon as possible – and to look clearly at which sector they wish to apply for on teachingcouncil.ie, and not to let registration lapse each year.

Changes to the process, however, can’t come fast enough for many teachers who are still waiting for the applications to be processed.

Unqualified and unregistered: How schools are relying on unqualified staff to plug gaps in schools

You might assume that all teachers are qualified or registered to teach in the classroom.

You’d be wrong. Many schools say they are unable to find qualified or registered teachers to fill in for career breaks and maternity or sick leave.

These schools are entitled to employ individuals without any formal qualification or registration to teach in the classroom, but only as a measure of last resort. They are limited to teaching in a particular school for a maximum of five days.

Up to 3,600 unqualified people were employed as teachers in 2016/17 as schools struggled to fill gaps for short-term absences. They covered some 32,000 teaching days.

Schools must also be satisfied that if an unregistered person is employed that they are “competent and capable” of acting in the place of a registered teacher in the school.

For teachers – especially those from abroad – who find that they lack some requirements for registration, there is the option of “conditional registration”.

This may be granted by the Teaching Council when an applicant has not fulfilled all of the council’s registration requirements, for example proof of Irish language proficiency.