Authorities decide not to charge Dubliner with money laundering, membership of criminal gang 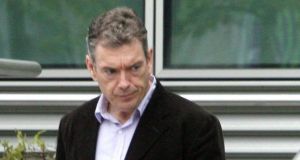 Christy Kinahan, the one-time leader of the Kinahan organised crime group, has been charged with passport fraud by Spanish prosecutors.

However Spanish authorities have decided not to charge him with the more serious offences of money laundering and membership of a criminal gang.

They have also dropped investigations into Kinahan’s two sons, Daniel (43) and Christy Jnr (40), who have been named in the Irish High Court as running the day to day operations of the international drugs gang.

The announcements come after the conclusion of a long running investigation into the activities of the Kinahan gang and their associates which involved police from Ireland, the UK and Spain.

The judicial investigation has been ongoing since 2010 when Christy Kinahan (63), his two sons and 28 other associates were arrested by heavily armed Spanish police on suspicion of involvement in drugs and weapons trafficking. This followed a two year investigation known as Operation Shovel.

In 2014, the investigation moved away from these alleged offences and focused on allegations of money laundering and gang membership.

It was confirmed on Wednesday only five of the original 31 people under investigation will face charges, most of which carry short prison terms on conviction.

A fifth man has been charged with unlawful possession of a weapon.

Christy Kinahan has been warned he could face a prison sentence of up to three years and a fine if convicted.

He has already spent about six months in prison following his initial arrest in 2010.

“It’s rare for Spanish courts to hand out jail sentences of more than a year for passport fraud where a plea bargain deal resulting in a fine and possibly a suspended prison sentence for offenders is not reached ahead of trial,” a legal source said.

The court decision to charge Christy Kinahan was made at the same time his two sons were told the case against them was being dropped.

Christy Kinahan continues to live in Dubai along with Daniel and Christy Junior. It is unclear if the Spanish will initiate an extradition process in the near future.

Other Kinahan associates who will not be charged include Alexandra Garcia, Daniel Kinahan’s one-time girlfriend, and John Cunningham who masterminded the 1986 kidnapping of Jennifer Guinness, the wife of a wealthy banker.