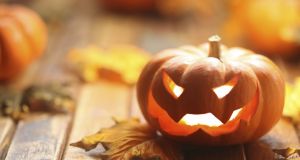 The Garda’s annual Halloween initiative, Operation Tombola, had started on September 4th, because of the early use of fireworks. Photograph: iStock

Halloween 2020 will be a “Halloween like no other”, Dublin based Garda Chief Supt Patrick McMenamin has said, with an increase in antisocial behaviour and illegal fireworks, and the cancellation of traditional events.

Concerns are growing around the policing of Halloween in Dublin this year with coronavirus restrictions in place.

It emerged a month ago Dublin City Council would not hold its traditional Halloween festival events this year due to concerns over an inability to enforce Covid-19 public health guidelines.

Chief Supt McMenamin on Wednesday told the city council’s joint policing committee that the use of illegal fireworks had started earlier than usual and anti-social behaviour and associated public order arrests had increased since the summer.

The Garda’s annual Halloween initiative, Operation Tombola, had started on September 4th, because of the early use of fireworks, and there had already been a number of fireworks seizures including one in Ballyfermot in recent days, he said.

Each Garda division had been given additional resources to combat the problem, and two public order units would be deployed in the city in the week running up to Halloween, Chief Supt McMenamin said.

“Always associated with Halloween there is a level of activity that requires policing”, but this was particularly true this year, he said, “because of a lack of organised events, that have been so successful across the city in previous years”.

“There are incidents of feral gangs going around on scooters taking over local areas. They have the great reason now for wearing masks so they can’t be identified.”

Labour councillor Joe Costello said there seemed to be a “greater number of bangers” this year and their use had taken a “sinister turn” in that they were being thrown at people .

Sinn Féin’s Daithí Doolan said “communities are being held to ransom” by the use of fireworks.

Chief Supt McMenamin urged communities to report incidents, particularly the sale of fireworks and the stockpiling of materials for bonfires, which are also illegal.

Under the 2006 Criminal Justice Act, “it is illegal to possess a firework with the intent to sell it, or to ignite or to throw it,” he said.

There were also more serious offences to consider, he said. “A firework could be deemed to be an offensive weapon depending on the demeanour of the person that has it.”