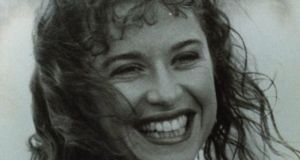 Irishwoman Ciara Glennon was killed after socialising in Perth on St Patrick’s Day in 1997. Photograph: PerthNow

A 51-year-old man has been found guilty of the murder of Irishwoman Ciara Glennon and another young woman over 20 years ago after Australia’s longest-running and most expensive criminal investigation.

Bradley Robert Edwards, a former technician from Western Australia, was found guilty of the murders of Ms Glennon and Jane Rimmer but acquitted of the murder of Sarah Spiers in what became known as the Claremont serial killings case.

These refer to the deaths of Ms Rimmer (23), Ms Glennon (27), and Ms Spiers (18), between 1996 and 1997. All three women went missing after nights out at the Claremont entertainment district in Perth’s eponymous western suburb.

Ms Glennon, whose family was originally from Westport, Co Mayo was celebrating St Patrick’s Day with friends in Perth on March 14th, 1997 when she went missing.

The bodies of Ms Rimmer and Ms Glennon were found dumped in bushland at opposite ends of Perth. Ms Spiers was never found and is presumed dead.

Edwards was arrested in 2016 and charged with wilfully murdering the three women, as well as for indecently assaulting an 18-year-old woman during a break-in at her Huntingdale home in February 1988, and abducting and raping a 17-year-old girl in February 1995 in Claremont.

The lengthy judge-only trial ran from November 2019 to June 2020 in the Western Australia supreme court.

The case against Edwards rested on “four key planks of evidence”, the prosecutor Carmel Barbagallo SC told the court.

The first was a surprise confession from Edwards before the trial began last October. Edwards pleaded guilty to abducting and raping the 17-year-old girl while she was walking alone through Rowe Park after a night out in Claremont in 1995. He bound and drove her to Karrakatta cemetery, where he raped her twice before dumping her naked in bushland.

Edwards also confessed to breaking into the home of the 18-year-old woman - who he said he knew - and assaulting her in 1988.

The prosecution also pointed to the fact Edwards’ DNA was found under Ms Glennon’s left thumb and middle fingernail during testing in 2008. Edwards admitted it was his DNA, but said he didn’t know how it had got there.

Further evidence came from 98 critical fibres found on the bodies of Ms Rimmer, Ms Glennon and the 17-year-old rape survivor.

Fabric fibres found on the three women were manufactured in the unique colour “Telstra navy”, and matched the pants Edwards would have worn in the 1990s as a technician with the Australian mobile phone company Telstra.

Finally, fibres found in Ms Rimmer and Ms Glennon’s hair matched the seat insert and carpet fabric used in a 1996 VS Holden Commodore, the same make and model of car that Edwards drove around the time of their murders.

During the trial, the international fibre expert Ray Palmer told the court it was “highly unlikely” these fibres got there by chance.

Edwards had a history of violence. As a 21-year-old he had grabbed and tried to force a dishcloth into the mouth of a 40-year-old social worker while working as a Telecom technician at Hollywood hospital. A court-ordered psychological report at the time said Edwards had been in distress that week after his de facto wife confessed to cheating on him.

Several witnesses testified to seeing a man matching Edwards’ description driving a Telstra vehicle slowly around Claremont and a nearby suburb late at night in the mid-1990s, offering lifts to other women. Witnesses also said they heard a series of high-pitched screams in the Mosman Park area the night of Ms Spiers’ murder, and two of those witnesses saw a car that looked similar to Edwards’.

Unlike the prosecution who called hundreds of witnesses, including Edwards’ ex-wives and former colleagues, the defence called none. Edwards also did not testify in his own defence.

The defence’s case rested on casting doubt over the DNA fragments found under Ms Glennon’s fingernails that tie her back to Edwards.

Edwards’ barrister, Paul Yovich SC, argued there was a “fraction of a nanogram” of DNA found under her fingernails, which could have got there via a chance encounter at the pub she was at the night she disappeared. - Guardian

1 Woman stranded in Ireland due to pandemic has ‘miracle baby’
2 Covid-19: Critical cases from NI could put pressure on services in Republic
3 US election: ‘Donald Trump needs to go. White America got what they want’
4 Australia demands answers after women taken from Qatar Airways flight and strip-searched
5 Covid-19: Public urged to ‘stay at home’ as 1,025 further cases confirmed in State
Real news has value SUBSCRIBE