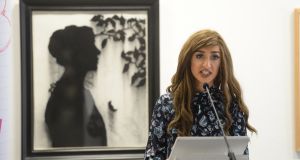 Social media is helping spread “misleading and dangerous information” to the public about vaccines, a new report has suggested.

The study, from the UK charity Royal Society for Public Health (RSPH), said social media was a “breeding ground for misleading information and negative messaging around vaccination”. Experts called for more to be done to challenge untruths about possible side-effects of vaccines and said social media giants should clampdown on “fake news”.

“The online environment, and social media in particular, has become increasingly influential in the 21st century,” the study said. “The influence of social media over the public’s view on vaccinations is likely to increase, particularly as younger generations become parents. We have found that the impact of social media is likely to be negative, it is a breeding ground for misleading information and negative messaging around vaccination.”

The RSPH said it would look at how collaborations could be made with social media giants, including Facebook and Twitter, to help signpost whether health information was from reputable sources.

“Social media platforms and message boards could also clampdown on ‘fake news’ spread on their sites by prioritising health information from reputable sources,” it said. “Currently, on Facebook for example, suggested groups or pages are ordered by popularity rather than credibility of the information.”

The report included a survey of 2,000 people, of whom 82 per cent agreed that social media platforms should take steps to limit ‘fake news’ regarding vaccinations. Among parents in the survey, two out of five with children under the age of 18 said they were “often or sometimes” exposed to negative messages about vaccinations on social media.

The report found that among all age groups, a fear of side-effects was the number one reason why people failed to vaccinate themselves or their children. But among all parents, 91 per cent agreed that vaccines were important for their children’s health.

The report also said that vaccinations should be offered in a more diverse range of locations, including at high street pop-ups, gyms and workplaces.

Shirley Cramer, chief executive of the RSPH, said: “Vaccinations are one of the most powerful tools we have for protecting and improving the public’s health, saving millions of lives every year across the globe.”

Read: HPV and flu vaccines: who needs them?

‘I saw young girls get kicked, hit, sprayed and dragged off gasping for air’
5

Fixer-upper Gothic castle to call your own for €2.75m
6

Green-fingered garden is to dye for
7