Why singing your heart out is good for your health 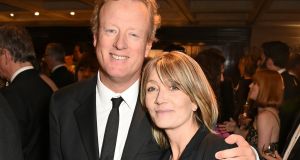 The Irish premiere of a new musical work from renowned composer Howard Goodall – famed for writing theme tunes to popular British television shows such as Blackadder and The Vicar of Dibley – will be taking place in Dublin on Saturday, February 9th.

The Bray and Wicklow Choral Societies directed by Frank Kelly, will perform the piece entitled Invictus: A Passion, in St Andrew’s Church in Westland Row, Dublin 2. Goodall will be in attendance for the event and will introduce the piece.

Goodall, a long-time proponent of the health benefits of singing, says he was commissioned to write the large scale work by the St Luke’s Methodist Church choir in Houston, Texas. That choir, like many others around the world, had performed Goodall’s Requiem, which he wrote in 2008, and they wanted their own piece.

Invictus was first performed in Houston in March of last year and the UK premiere took place in May on Goodall’s 60th birthday.

The award-winning composer says he is “delighted” about the Irish premiere of his latest choral work. “It’s delightful for me and touching that they wanted to do this premiere in Dublin,” he says. “It’s a great honour for me that people want to do this in another country.”

Invictus is inspired by the story of the passion of Christ - but told using texts from women throughout history. The overarching text is from Emilia Lanier (née Bassano), a member of Queen Elizabeth I’s court, while poems from other women writers - as well as The Isle of Innisfree by William Butler Yeats - are also included. But with these historical texts, Goodall wanted to write something that could be enjoyed by modern audiences.

“I learned that with my Requiem, it’s possible to write a piece that can be performed in a church or a concert hall or a school or whatever you want, that might strike a chord with people who might be of no faith or any number of faiths. That’s always what I’m seeking to find, that common ground,” the composer says.

So Goodall thought about the story of the passion and decided that, in essence, it is a story of suffering and triumph of the human spirit.

“The passion is a story of a trial and an execution,” he says. “And you’d have to say that the decision by the authorities to try and execute Jesus of Nazareth was a spectacular failure in as much as if they wanted to stop his ideas and his views from prevailing they did exactly the wrong thing.

“They should probably have given him a job at the local council and then he definitely would have disappeared from all view. But instead they put him on trial in a cruel and tyrannical setting and his views and thoughts became inextinguishable.”

Goodall chose to use texts primarily by women for the piece because it is women, throughout history, who have borne the brunt of suffering

“If you have horrible events happening in history and indeed right up to today, who are the people who have to hold everything together and deal with appalling loss? The overwhelming burden has been on women,” he says .

Goodall’s previous work writing musicals and pieces for televisions has taught him that a healthy enjoyment of music is enhanced if people can easily understand it.

“However complex your idea is, the actual performance, one hopes, is something that people can enjoy the first time, and they don’t have to listen to it 50 times to get to know it.”

“I want people to know exactly where they are at any one time, because whatever that emotional response is going to be, I feel it needs to be a direct one.”

But there’s more to singing than pure enjoyment - it also has a number of health benefits.

Singing in a choir can combat loneliness, boost your immune system and self-confidence, assist with breathing and increasing lung capacity - and improve a general sense of wellbeing, says Goodall, who has brought music programmes to schools around the UK.

There are also the social benefits of seeing or making friends, being part of a community and getting out of the house to do something enjoyable and non-competitive with other human beings. “Participation in music is actually good for your health and your immune system. Your sense of wellbeing is lifted,” he says.

“Being a single singer, whether you’re in your shower or on a stage, if you want to sing a solo, you’ve got to be quite good or else people may not enjoy it.

“But you can join a choir and not be a good singer, but the choir can be a good choir. So you collectively become much better than you would as an individual.”