Will this film finally put the rom-com out of its misery?

The format has been on the wane for years. Home Again could be its nadir 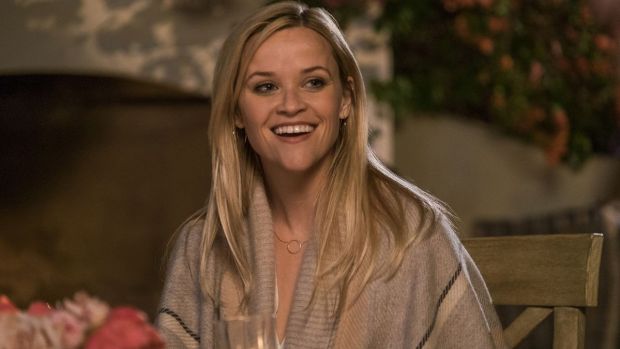 Reese Witherspoon, the creator and destroyer of the traditional romantic-comedy

Once upon a time there was a wonderful, magical genre in which boys-met-girls and they would fall in idealised love. The end.

But as time passed, hipper, jaded audiences suddenly realised that meet-cute wasn’t so cute after all. Hey, reasoned more educated spoilsports: Andrew Lincoln is a stalker in Love, Actually. And, necrophilic undertones aside, isn’t Sandra Bullock breaking some kind of law for the duration of While You Were Sleeping?

By the turn of the millennium, the rom-com was in last-minute-dash-to-the-airport crisis mode, a blur of desperate close-ups of Matthew McConaughey beach abs and two-for-one deals: come for Tom Hardy in This Means War, and get Chris Pine for free.

It was over. And no edgy miracle makeover – yeah, you, Trainwreck – was going to persuade us to kiss and make-up.

Imagine happening upon a small, furry, mewling creature which, on close inspection, has neither a mouth, nor anus. That’s the horror of watching Home Again. It’s not that you don’t feel desperate pity. It’s just that you wonder if this isn’t the abomination predicted in Mark, Chapter 13.

How can such a thing come into being?

To be fair, writer-director Hallie Meyers-Shyer, the youngest daughter of genre veterans Nancy Meyers (What Women Want, It’s Complicated) and Charles Shyer (Father of the Bride) is attempting to reinvent the wheel.

There’s a last-minute-dash-to-the-school-concert. Mostly, there’s food. There are cocktails and shots and dinners and lunches and strawberries and oranges. Deep Throat seems comparatively less orally fixated.

It all amounts to precisely nothing. It’s not us, rom-com: it’s you.