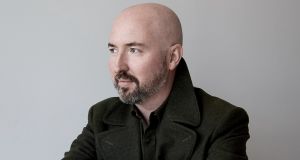 Douglas Stuart: dedicated the book to his own mother, who died of alcoholism when he was 16.

Douglas Stuart has won the 2020 Booker Prize for Shuggie Bain, the debut novel he spent 10 years writing based on his own experience of a Glasgow childhood marked by poverty and addiction. The author revealed recently that 30 editors had rejected the book before it was accepted by Picador.

Margaret Busby, chair of the judges, said: “Shuggie Bain is destined to be a classic – a moving, immersive and nuanced portrait of a tight-knit social world, its people and its values. The heart-wrenching story tells of the unconditional love between Agnes Bain – set on a descent into alcoholism by the tough circumstances life has dealt her – and her youngest son.

“Shuggie struggles with responsibilities beyond his years to save his mother from herself, at the same time as dealing with burgeoning feelings and questions about his own otherness. Gracefully and powerfully written, this is a novel that has impact because of its many emotional registers and its compassionately realised characters. The poetry in Douglas Stuart’s descriptions and the precision of his observations stand out: nothing is wasted.

“Shuggie Bain can make you cry and make you laugh – a daring, frightening and life-changing novel.”

Stuart, 44, dedicated the book to his own mother, who died of alcoholism when he was 16. After graduating from the Royal College of Art, he moved to New York to start a career in fashion design, working for brands including Calvin Klein, Ralph Lauren and Gap. The New Yorker has published two of his short stories this year. Stuart credited the 1994 Booker winner How Late It Was, How Late by James Kelman with changing his life because it was one of the first times he had seen his people and dialect on the page. He is currently finishing his second novel, Loch Awe, also set in Glasgow.

This week, The Bookseller reported Shuggie Bain to be the bestselling title of the six shortlisted books.

John Self in The Irish Times wrote: “Shuggie Bain is the heartstring-tugger of the shortlist: a young Glaswegian boy in the 1980s struggling to cope with an alcoholic mother and the knowledge that he’s not as ‘manly’ as he’s expected to be. There’s no fancy stuff here: Shuggie’s story is told in a linear, direct way, all the better to grind the reader’s emotions to a pulp. His life is stunted not just from the start, but from before the start: his mother Agnes had no chance either, and in some ways she’s a more central character than Shuggie.

“Where Stuart shows less confidence is in his unwillingness to trust the reader, inserting his own perceptions in place of the characters’, and hammering in tragedy after tragedy. Life, after all, can’t be entirely without light. On this year’s shortlist, Shuggie Bain would be a very worthy winner.”

The £50,000 prize was announced at a “ceremony without walls” from London’s Roundhouse featuring the Duchess of Cornwall, former US president Barack Obama, and three former winners: Kazuo Ishiguro, Margaret Atwood and Bernardine Evaristo.

Busby said the decision was unaunimous and took less than an hour. The other judges were Lee Child; Sameer Rahim; Lemn Sissay; and Emily Wilson. Addressing the preponderancde of debuts on this year’s shorltlist, she said: “Although it might be their first book being published, you don’t know how long they’ve been working at their craft.”

First awarded in 1969, the Booker Prize is recognised as the leading prize for literary fiction written in English. It was won jointly last year by The Testaments by Margaret Atwood and Girl, Woman, Other by Bernardine Evaristo. Anna Burns was the last Irish winner in 2018 for Milkman.

Shuggie Bain takes place in 1980s Glasgow. How did it feel writing about your hometown from such a distance, spatially and temporally?
The characters in Shuggie Bain couldn’t exist anywhere else; Glasgow is as much in their blood as it is in mine. When you come from a place of such strong character – oppressive, resilient, loving, hilarious, aggressive, maddening – it shapes who you are for the rest of your life. Childhood in Glasgow was tough, and distance certainly helped me to distill the story out of my experiences of the city. That distance brought clarity but it also allowed me to fall in love with the city again.

Your novel navigates difficult subjects like poverty, alcoholism and neglect with immense love and compassion. Would you say optimism is important to you, and if so, why?
It’s very Scottish to face difficult things frankly. The hardest-done-to Glaswegians are the most compassionate and giving people I have ever met. They also have so much humility that they have an aversion to anyone thinking they have it especially bad, because so many people suffered through a difficult time under Thatcher in the 1980s, and we were certainly all in it together. Mammies and Grannies will not put up with your complaining because if you think you have it bad…oh! When you don’t have the comfort of money, then you are forced to deal with life on the front lines, and sometimes love, humour, optimism is all you can bring to a bad situation. I think Glasgow is a city of reluctant optimists by default. How would we have survived otherwise?

What is your favourite Booker Prize-winning novel?
How Late It Was How Late by James Kelman changed my life. It is such a bold book, the prose and stream of consciousness is really inventive. But it is also one of the first times I saw my people, my dialect, on the page.

What can we expect from you next?
I am currently putting the finishing touches on my next novel, Loch Awe. It is set in 1990s Glasgow, and is the tale of two teenage boys, who fall in love despite being divided along territorial, sectarian lines. It takes a look at toxic masculinity and the pressure we place on working-class boys to “man up”. I wanted to show how young men growing up in extreme poverty can be some of the most victimised and overlooked people in British society. I am always looking for tenderness in the hardest places.

The Q&A was first published on the Booker Prize website