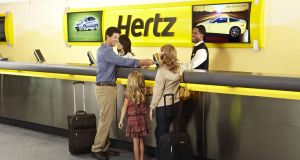 Hertz’s return to the red in the fourth quarter after a single period of profitability signals it still has work to do to pull off its ambitious turnaround plan.

The rental-car company’s adjusted loss of 77 US cents per share was worse than the 62 cents analysts had been expecting.

Chief executive Kathryn Marinello said Hertz incurred higher expenses as it upgraded technology, spent more on marketing and continued to overhaul its vehicle fleet to include more of the SUVs that American drivers want.

“In 2018, we expect to see continued progress,” Ms Marinello said in a statement. “By 2019, we should begin to evolve toward a more competitive earnings profile.”

Ms Marinello’s efforts are being closely watched by Hertz’s largest shareholder Carl Icahn, who owns 35 per cent and put her in the job a year ago with a mandate to turn things around.

Hertz and rival Avis Budget Group have struggled over the past year amid slumping used-vehicle values and weak car-rental rates. – Bloomberg